ACS is a powerful player in government contracting and already plays a role in Indiana's welfare-services modernization. And the mayor's office and ACS have shared a lobbyist at Indianapolis law firm Barnes & Thornburg. Council President Ryan Vaughn works at the firm as an associate but does not perform any work for ACS, he says. 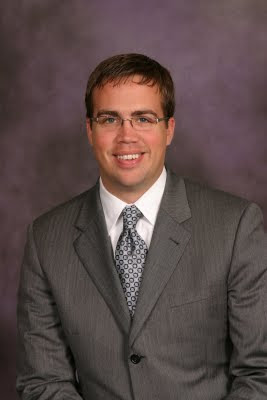 Such connections make some critics uncomfortable, even if ACS, the law firm and the mayor's staff insist that the lobbyist, Joe Loftus, didn't participate in parking-meter
negotiations.

Vaughn, who has faced pressure to recuse himself, plans to vote in favor because he views the deal as important for his Broad Ripple district.

He acknowledges an appearance of a conflict of interest.

"But it's one that I've gone to great lengths to explain," he said.

He doesn't view his firm's association with ACS as violating the council's ethics rules. Those require recusal if a council member or a business in which he or she has an interest would directly benefit by more than $1,000.

It is interesting to me that the Star is always railing about about legislators taking gifts and the state revolving door, but has steadfastly ignored local conflicts of interest and the local revolving door between city government and contractors. The Star seems willing to simply accept whatever explanation Barnes & Thornburg attorneys Joe Loftus and Ryan Vaughn gives them about why they do not have conflicts. I should mention here that the Indianapolis Star is represented by, you guessed it, Barnes & Thornburg.

Let's though examine Ryan Vaughn's claim. Vaughn claims he doesn't have a conflict because he doesn't have an ownership position in Barnes & Thornburg and thus wouldn't directly receive any profits from ACS legal fees. The underlying suggestion is that it is a black and white rule that allows Vaughn to support deals from the President's seat that helps his law firm's clients.

Vaughn is a young attorney whose only legal experience is time spent as a deputy prosecutor. Would Barnes & Thornburg normally have an interest in hiring that person to a six figure lobbyist position? Absolutely not.

But Vaughn is not an ordinary attorney. He is seen as someone who was moving up on the City-County Council. Now that is something Barnes & Thornburg is interested in. The law firm is all about selling political influence and the fact that a member of the firm is a key player on the Council was something that could be sold to clients. Then when Vaughn was promoted to President, his value to potential B&T clients increased greatly. Barnes & Thornburg can sell, either directly or indirectly, to clients that the firm has the proverbial ace in the hole by employing the President of the Council, someone who is in a position to push through measures favorable to a B&T client, while claiming not to be conflicted because he's "only" an associate at the firm.

Indeed that is exactly what's going on in this case. Vaughn is no passive vote for the ACS parking measure as suggested in the Star article. He is outspoken at meetings, relentlessly pushing the ACS deal. Behind the scenes he has twisted arms and issued threats to Republicans who express reluctance in voting for his firm's client, ACS. Vaughn removed Republican Councilor Christine Scales from a committee when she refused to vote to agree to vote for the ACS 50 year, no bid parking deal, something the Star did not find newsworthy.

I should also point out that records of the Indiana Department of Administration actually identified Vaughn himself specifically as an ACS lobbyist - before Vaughn had those records, which he claimed were a mistake, changed.

Yet Vaughn would like us to overlook his refusal to recuse himself in this case because he doesn't have an equity stake in Barnes & Thornburg and well it is a really important matter to ACS, er, I mean his constituents. Does anyone really believe that Vaughn would be free to vote against the ACS contract given his position at Barnes & Thornburg? Are we supposed to believe that B&T pardner Joe Loftus, who also represents the City, lobbies for ACS, and is infamous for behind-closed-door threats to councilors who oppose him, would not have Vaughn fired if he aggressively came out opposing the ACS parking deal? B&T makes millions off of representing ACS. You think B&T is going to tolerate Vaughn costing a B&T client a billion dollar deal?

Unless one can say that Vaughn is totally free to vote against the ACS deal, without employment repercussions, then he has a conflict and needs to recuse himself. Period.

The FBI and our new prosecutor-elect though need to look closer at local pay to play politics scene, only part of which involves influence peddling and Michael Ryan Vaughn. It's time to stop tolerating the corruption of Indianapolis politics by those who, like Vaughn and Loftus, have no problem selling out the public's interest if it benefits their clients.

We need a newspaper that runs good old 1900-style headlines:


[2nd line in a smaller font than the first]

They either think they are above the law or that they are untouchable. So far they are right.

Thanks for your efforts, Mr. Ogden.

Honest and Ethical Conduct and Conflicts of Interest

Each employee is expected to act with honesty and integrity and a high standard of ethical conduct and avoid any actual or apparent conflict of interest. A conflict of interest occurs when private interests of an employee interfere, or appear to interfere, in any way, with the interests of the Company as a whole. Conflicts of interest can also arise when an employee takes action or has (or any member of his or her family has) any interest that may make it difficult for the employee to perform his or her duties to the Company effectively. Although it is not possible to list every conceivable conflict, the following are some common examples that illustrate actual or apparent conflicts of interest that should be avoided:

receipt of improper personal benefits as a result of his or her position in the Company;

having an ownership interest in any other enterprise, if that interest compromises or appears to compromise the Senior Financial Officer’s loyalty to the Company;

participation in a joint venture, partnership or other business arrangement with the Company;

participation in a business or investment opportunity which the employee learns of through the use of corporate property or information or his or her position at the Company;

why do you think mr vaughn is not a partner.b&t cant have that because they wouldnt have puppetboy to shove all there intrests down the throats of the taxpayers. sure hes not a partner now when the taxpayers finally wake up and boot his ass back to lawschool to relearn ethics and regraduates. they will make him partner.he says he does not directly profit from the deals but let him vote against it and lets see who would be looking for a job and i bet you he has one hell of a xmas bonus coming this year.crook plan and simple.all the people at b&t know ballard will be a one term mayor so why not steal all they can excuse my typo but im so angry i can hardly keep my hands from my face.and yes mr ballard will have a nice job waiting for him at acs.wake up indy they are stealing any thing not nailed down and mr vaughn shame on you. see you come election time maybe we the taxpayers can help you get that partnership next election time because you are not looking out for the citizens it is clear who you truely work.