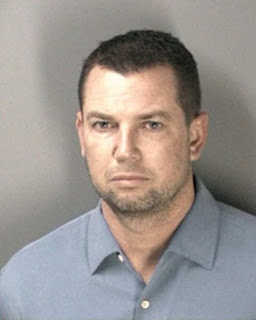 I have long complained that this State does not take white collar crime seriously. Now I have a new exhibit: Todd Leary. The Indianapolis Business Journal reports:

An Allen County judge on Monday sentenced Leary to two years of work release or home detention followed by two years on probation.

The Journal Gazette reported that could change since Leary faces unrelated charges in Hamilton County that he stole high-end appliances from foreclosed homes in the Noblesville area.

Prosecutors say Leary worked for Joseph Garretson, a title insurance broker who pleaded guilty in a major mortgage fraud case. Garretson, who operated Fort Wayne Title and Fort Wayne Mortgage, was sentenced in late June to 11 years in prison after he pleaded guilty to three counts of breaking the state loan-brokering law. He was also fined $5,000 and ordered him to repay his victims $3.4 million

Investigators found more than a dozen cases in which Garretson refinanced mortgages for clients but didn't pay off the original loans, causing them to default.

This case points to the need for the State of Indiana to replace the disjointed real estate regulatory system with a Real Estate division with the power to deal with all actors in the real estate transaction. The division should also have the power to pursue criminal prosecutions of people like Leary.

I have no doubt that what drove the plea agreement with Leary is that the Allen County Prosecutor did not feel comfortable dealing with the complexities of a prosecution for mortgage fraud scheme. A consolidated Real Estate division would have the expertise needed to pursue those casses.
Posted by Paul K. Ogden at 4:41 PM