On Friday, WRTV's Kara Kenney did a report which detailed the story of a Greenwood woman, Amanda Contreras, who said the company R.L. Stevens agreed to provide career services and a job in exchange for $5,000:

Job seekers who hire career consultants in hopes of finding work should be prepared to read their contract, state experts urged. 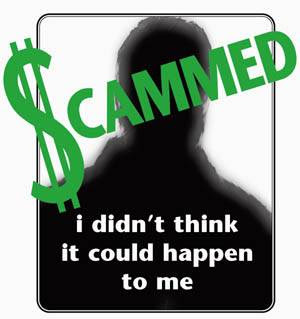 Contreras said she was promised a job and paid the firm $5,000 for career services, such as help with resume building and interviewing techniques.

"I was really ready to advance my career," said Contreras, an unemployed mother of four. "It was very high pressure -- 'You need to do this now. We can get you a job.'"

Contreras later learned the contract she signed with RL Stevens did not guarantee her a job, and said it's a mistake she wishes she hadn't made.

"It doesn't matter what they say, it matters what they put on that contract, and what you sign," said Contreras, who is still unemployed.

Deputy Attorney Abby Kuzma, director of the office's Consumer Protection Division, told 6News that when an employment agency or career consulting firm asks for money up front it could be considered a red flag.

"I'd be weary [sic]about that. On the other hand, I would say this, I don't think anyone can guarantee they'll get you employment," Kuzma said. "So if someone says that to you, that would be a red flag for me."

Job seekers are urged to investigate employment agencies through the Better Business Bureau of Central Indiana and the Indiana Attorney General's Office, or by calling 800-382-5516.

The owner of RL Stevens told 6News that his firm did nothing wrong and did everything it could to rectify Contreras' concerns, including offering her three months of free services.

To read the rest of the story, click here.

Unfortunately, Kenney missed a much bigger story...that Indiana's state agencies do not even know the law they are enforcing and are completely failing to protect job seekers.

First, it should be pointed out that the Attorney General's Office should not even be handling the consumer complaint against RL Stevens. The Department of Revenue has complete enforcement of the chapter of the code dealing with employment agencies, i.e. IC 25-16-1. It is sad that the AG's office apparently is unaware of that law (as well as the law prohibiting the charging of upfront fees to look for a job for someone.) If it wasn't clear enough that the law regulating, passed in 1927, gave the power to the Department of Revenue, the General Assembly made it crystal clear, later passing IC 25-16-2-1:

IC 25-16-1 et seq. gives enormous powers to the Indiana Department of Revenue to deal with employment agencies that are violating Indiana law. In addition to dealing with employment agency licensing issues, the DOR has the authority to institute civil and, believe it or not criminal proceedings:

IC 25-16-1-18
Violations; enforcement of chapter
Sec. 18. A person who violates this chapter commits a Class B misdemeanor. The Indiana department of state revenue shall enforce this chapter and institute criminal or civil proceedings whenever informed of any violation of it....

Under IC 25-16-1-17, the DOR even has the authority to enter employment agencies and make arrests for violations of the chapter.

My guess is the Department of Revenue isn't even aware of its own sweeping authority. Certainly the DOR would respond that it doesn't have resources or the experience to enforce the law.

Moving on to the merits, unfortunately for Contreras, the state agencies do not know that it is illegal to charge an up front fee to look for employment:

IC 25-16-1-7
Recovery of fees by job applicant
Sec. 7. No agency shall send out any applicant, or collect any fee from any applicant without first having obtained a bona fide order for such employment. No charge nor advance fee of any kind shall be accepted until a position has been secured for the applicant by the agency or through the efforts of the agency. ...

What's more, Contreras is explicitly entitled to a refund:

IC 25-16-1-8
Receipts for payments made by job applicants; contents
Sec. 8. (a) For all payments made by any applicant for employment to any employment agency, there shall be given a receipt, on the back of which shall be printed in readable form in the English language: "No charge nor advance fee of any kind shall be accepted until a position has been secured for the applicant by the agency or through the efforts of the agency. In case any employer fails to accept an applicant or person obtained by any agency acting as the agent of such employer, then the licensed agency shall repay and return to said applicant ll of any payments made by said applicant to said agency.".

Yours truly many years ago went to RL Stevens. I didn't bite on the high pressure sales pitch, which included the promise to get me to pay a high paying job if I paid them several thousand dollars up front. Curious, I looked up the statutes and found that it is illegal to ask for an up front fee to help someone land employment. I met with an official at DOR who showed me warning letters sent to RL Stevens and others about the need to get licensed. The official expressed regret saying they couldn't do anything because county prosecutors wouldn't prosecute because it was only a misdemeanor. That turned out to be not even necessary given the sweeping powers the DOR has to enforce the law. The DOR simply is not enforcing the law.

Lest anyone think I'm picking on RL Stevens, let me assure you there are hundreds of companies throughout the state which are doing the exact same thing as outlined in the Kara Kenney story. This is especially true now that our economy is in its worst shape since the Great Depression.

The AG will represent the wealthy and the connected to help cover up their thefts and frauds. I know because they are doing it today. So the bank robbers will have to stand in line and take a number.

The AG will not only act as a mediator it will take the side of the robbers. They have done it!!!!!

I don't buy that nonsense that the AG has no power. In case after case, the AG has power but just doesn't use it.

We repeatedly experienced that when it comes to mortgage fraud. The AG was repeatedly given cases on a silver platter involving misconduct by real estate agents and appraisers (who they regulate) and the cases languish for years without the AG doing anything.

In this case, apparently no one at the AG's office thought to actually look up the law. We had the same thing happen at the title insurance division...the AG would have complaints on title agents that were 6 months to a year old just collecting dust in their files. Then they would finally send them to us since we were the proper regulatory body.

The AG doesnt' have criminal prosecutorial power, but the Indian AG has enormous power in the civil arena to pursue cases. Further, contrary to the claims of Carter and Zoeller, there is no requirement that they be "invited" by a prosecutor before conducting an investigation.

Having said that, I do believe our AG should have prosecutorial power. Giving all that power to the county prosecutors, without any check, is a big mistake.