When most people in the City think about fiscal responsibility, they do not think the Capital Improvement Board. Remember the constantly shifting deficit numbers during the plea to the General Assembly for a bailout? Remember the sweetheart deal for the Colts that resulted in 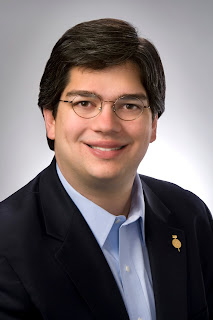 the CIB paying to run the stadium while the Colts get almost all the revenue from the building. Remember how this summer the CIB entered into an even worse deal with the Pacers, paying the team to run the building while the team gets to keep ALL the revenue from the venue. Remember that during discussions of renegotiating the Conseco Fieldhouse Contract, the CIB insisted that the Pacers could break the contract without when in fact the team faced over $150 million in penalties if they did? Remember how the CIB commissioned a phony study (which contradicted virtually every academic study on the subject) to justify giving the Pacers bring millions of dollars in subsidies? Remember how the CIB just recently used the Metropolitan Development Commission to funnel property tax money to the Pacers as part of the deal?

Backing up a bit, remember how how the CIB included in an extra $15 million in its deficit calculation as an annual gift for the Pacers, even though the CIB had never even voted on it? Remember how the CIB has never demanded that the Pacers open their books to back up their claim that the team has lost money for decades? Remember how the CIB supported tax increases to give more money to the billionaire sports owners and borrowed millions from the State, without establishing a sinking fund for repayment?

Well, tonight at the Muncipal Corporations Committee, Angel "Yippie Dog" Rivera looked at what the CIB has done and declared it "good management." Once again, Rivera opens his mouth and embarrasses the council and my Republican Party.

By a 5-2 vote tonight the Municipal Corporations Committee approved the $10 million taxpayer gift to the Indiana Pacers contained in the CIB budget. All the Republicans voted for it, including Rivera, Jeff Cardwell, Bob Lutz and Barb Malone. Jackie Nytes, who has never seen a spending measure she has opposed, was, of course, the sole Democrat who voted for the measure. Malone closed the meeting by making a comment about how they really didn't have any choice because the Pacers would leave if the City didn't agree to give them more money.

Really? When I appeared before the Municipal Corporations Committee and, during the public comment section, pleaded for two minutes to give a legal analysis of the contract to show that that the CIB was misrepresenting the penalty and that the cost for the early termination of the contract was in fact nearly $150 million, Councilor Malone adamently refused to allow me to address the committee. Apparently she wasn't interested in hearing an interpretation from a lawyer who planned to contradict the lies she was being told by the CIB.

I am not sure what the Republican Councilors plan to run on in 2011, but it certainly can't be fiscal conservativism.
Posted by Paul K. Ogden at 9:24 PM

Marion country Libertarians, Tea Partiers, Independents, Anybody who believes in fiscal reality: When has the water in the pool ever been more inviting? Please consider diving-in.

I'm so Independent, I even quit the LP party.

I cannot believe that the committee would not listen to an independent legal analysis of the problem.

I want to know why the city council and CIB continually declare they are destitute and a few weeks later mysteriously find several million dollars for their latest hotbutton cause.

Talk to Angel. He'll tell you it's "good management" to continually change the numbers and not know what you're doing.

I thought Angel was in some sort of business venture. I can't imagine he knows enough about business to run a hot dog stand.