While the North of South (No-So) and Pacer million dollar giveaways of taxpayer money garners headlines, the City's decision to subsidize the Clarian development on 16th Street to the tune of 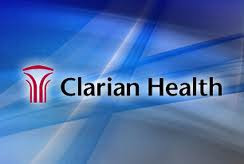 $38 million passed under several people's radar. Today the Star runs an article with the lovely headline "2,425 Jobs Propel New Clarian Project." I should note, it is the editors who write the headlines, not the writers.

Here's a part of what the Star story:

Clarian Health's proposed neuroscience and office complex on 16th Street will be a rich job generator, bringing 1,225 transferred jobs to the site and creating 1,200 more jobs within 10 years after it opens.

City officials said Thursday the $192 million project's impressive job-creating potential was a big reason the city has agreed to subsidize it with up to $38 million in tax money.

"This project holds the potential for positive transformation of the 16th Street corridor. It is the next exciting step for our city," Mayor Greg Ballard said at a news conference in a grassy field at 15th Street and Capitol Avenue, where details of the project were given.
...

While the fire station disagreement was an issue in political circles, economic development officials pointed to the Clarian project as a large job creator that will transform a stretch near 16th Street that for decades was given over to parking lots and run-down industrial buildings.

"This project represents public-private partnership at its very best. . . . This is better than a home run for us," said Michael Osborne, president of Near North Development Corp., which serves the area.

Osborne said the coming of 1,225 Clarian jobs initially and 1,200 more over 10 years will have "a greater impact than we can even conceive" on the area, attracting retailers such as restaurants, along with new apartment and housing development.

The $104 million neuroscience center will consolidate much of Clarian's research and patient care in brain and spine disorders in two state-of-the-art buildings, served by a parking garage. They will be connected by a pedestrian sky bridge over 16th Street to Clarian's People Mover train station that runs to the campus of Indiana University-Purdue University Indianapolis. Clarian's development partner in the neuroscience hub project is Landmark Healthcare Properties Fund of Milwaukee.

For the administrative office building, Clarian's development partner is Shiel Sexton of Indianapolis.

Clarian will transfer 1,225 jobs to the complex from about five Clarian sites in Marion County, said spokeswoman Margie Smith-Simmons. After the moves, Clarian will retain its presence at those sites, she said.

See what the City officials said in the story and the Star did in its headline? They make it sound like the project is going to bring to Indianapolis 2,425 jobs. Then you find out from reading the article that 1,225 of these jobs are already in Marion County...they're just being moved to the 16th Street location.

That leaves the remaining 1,200 new jobs that Clarian is supposed to provide over the next 10 years. There is no reporting on whether that these are full-time jobs and what the salaries are supposed to be. Further is the promise party of an enforceable contract? We see these companies make these promises all the time and the City not enforce them. Where are the jobs Lilly promised for their sweetheart deals? Or the Simons? There is never any followup by the City to ensure that the jobs promised are delivered.

With ACS, negotiators deliberately put the 200 jobs promise in a document completely outside the parking contract, which includes an incorporation clause. As any first year law student will tell you, that promise is completely enforceable because of the incorrporation clause and the lack of consideration for the ACS promise. Where exactly is the Clarian job promise? If it is not part of a legally enforceable contract, then it means nothing. It also means nothing if the City is not going to enforce job promises when companies get sweetheart deals.

Although this deal received less publicity, it is yet another example of this administration misusing TIF money to hand out corporate welfare. The legislature needs to take a look at what the Ballard administration is doing and put a stop to this nonsense. Indianapolis residents do not deserve to have their futures and the futures of their children and grandchildren mortgaged by a Mayor who is willing to sell them out to make insiders wealthy in the hopes of winning the next election.
Posted by Paul K. Ogden at 9:18 AM

A letter to the editor today from a school principal was arguing against the property tax gap referendum. He bemoaned the $75 million decrease in school funds due to the cap so far.

Seems to me the mayor has thrown away almost that much in the past 3 weeks on the two projects you wrote about.

I think the school administrators need to direct their anger where it belongs.

The IPS school system should be frying the mayor since TIF money is a direct deduction from capital project dollars.

The numbers are made up; the jobs will never materialize. When the health care system implodes, at it will and as it must, many of these medical buildings will empty. We will have a lot more "Winona" buildings sitting around. Health care is a supportive service. It can not and should not be a dominant industry in the country. The last thing we should do is subsidize any industry that should shrink, cost less and be used less.

This focus on health care as an economic growth center is going to end badly.