Republican Councilors Oppose Walgreen Liquor Permits, Nowhere in Sight Though When It Comes to Standing Up for Taxpayers

It has been a slow news day in the Circle City. What has dominated the headlines today has been Walgreen's failed efforts to obtain permits to sell liquor at four of its stores. The permit request for the store at W. 30th and Kessler discussed in my blog post below had been withdrawn earlier in the day. 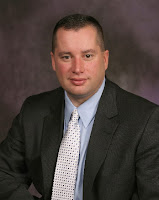 These are two of the more liberal Republican councilors who have supported every tax/fee increase and big spending program proposed by the administration of Mayor Ballard. Neither of these councilors had the decency to stand up and publicly criticize the CIB's $33.5 million gift of taxpayer money to the billionaire Simons family for the Pacers. Yet they find time in their busy schedules to oppose a liquor permit for Walgreens. Unbelievable.
Hopefully these two councilors will face primary opposition from Republicans who actually believe in fiscal conservativism and representing the interests of taxpayers.
Posted by Paul K. Ogden at 5:00 PM

I would not worry much because the public is going to continue turning on anyone who does not follow their words with actions. We have seen too many people in the GOP turncoat on the people of our state and the official party platform. Just today, Lindsey Graham was banned from the Greenville County GOP. You can view this news at: http://www.youtube.com/watch?v=_AkoW1WqWOA

If those in our local GOP think they are immune from the fallout of angry and educated voters, they better think again. The rEVOLution is growing every single day in ways most of us would never have dreamed of and people like Ryan Vaughn, Greg Ballard, Carl Brizzi, etc...they are going to have to put serious consideration into joining the private sector.

The Campaign for Liberty has 500,000 activists up from 100,000 two years ago and it's just a matter of time before Ron Paul's dream is realized and our nation truly becomes a functional Republic again that holds those in government accountable to the Constitution which limits their powers.

Nobody hates freedom more than a Republican.

I don't believe that. There are plenty of libertarian, freedom-minded Republicans. You'd be hard pressed to find Democrats though that make freedom a priority.

I always say that Libertarians (the party) dislike Republicans and think they are hypocrites. But they despise Democrats.

And really, of the two, who will have a better spice rack and CD collection?

Ryan Vaughn is my councilman. He won't recuse himself, based on standards that would have caused hellraising if it had been Monroe Gray. He voted & promoted passage of a "water transfer" that sets the precedent for raising our city utilities for whatever council and the mayor would like. Now this. Why would he oppose these liquor licenses? Do we know of a plausible reason?

Right now, whomever is Mr. Vaughn's primary opponent is going to have to mightly, mighty worthless not to get my vote.