The situation is dripping with irony. 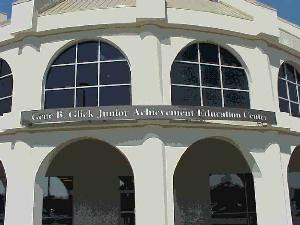 Yet this organization, which is supposed to be teaching students how to run a business, has been consistently running in the red. The Indianapolis Business Journal reports:

After three years of financial losses, plus turmoil among its leaders, Junior Achievement of Central Indiana unveiled a recovery plan at its annual meeting Thursday that includes a fundraiser led by Myra Borshoff Cook, head of the state's largest public relations firm.

"Individually and collectively, we can polish up this brand and make it stronger than ever," Cook said during a pep talk for the board of directors. Cook, principal of Indianapolis-based Borshoff, is leading a fundraising committee of business leaders whom Junior Achievement has recognized with its Hall of Fame awards.

CEO Jennifer Burk said the extra fundraising, plus a host of other efforts, will put the organization in the black for the 2011 fiscal year, which ends June 30. "We just are digging out of a hole and we've made progress in doing that, but it's been a rough spell," she said.

JA is counting on personal donations from each member of its board of directors to land a major challenge grant from an anonymous donor. Burk declined to disclose the amount of that grant. She said 70 percent of the board already has made commitments.
....

The 2010 fiscal year that ended June 30 was the third consecutive year in the red for JA. It reported a deficit of $389,000. That was smaller than the prior year's gap of $540,000. Burk said the 2009 deficit was mitigated by multi-year sponsorships, for which revenue was counted in one year.

Whenever these non-profits start having problems financially, the answer is always to solicit more money or obtain more government grants. Apparently no one dares consider cutting non-profit salaries and benefits, which are often quite extravagant.

Junior Achievement of Central Indiana, Inc. falls into that category. According to the organization's 2008 tax return, then President and CEO Jeff Miller received $230,363 in salary and benefits. Victor George, Executive Vice President, was paid $149,091 while Sharon Lents, Chief Operating Officer took home $87,522. Lou Schmitt, who apparently no longer works for Junior Achievement, was shown as being paid $107,440. In 2008, JA paid out $1,130,779 in salaries and benefits.

Rather than beg for more money, has the leadership of JA ever considered cutting the expenditure side to make the organization's books balance? That's what people in the real world have to do. It's a little frightening that the folks of JA are teaching people about running a business and personal financial literacy when they seem so uninterested in making the cuts necessary to make the organization's books balance.
Posted by Paul K. Ogden at 12:09 PM