I have often said I wished radio host/blogger Abdul showed some independence from the current administration. (A public official recently told me Abdul resided in a part of the Mayor's anatomy which I am pretty sure would result in his voice being too muffled to do his radio show.) When Abdul does exercise 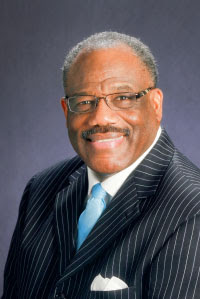 independent thought, he can hit the ball out of the park. In that regard, witness his open letter to the ever arrogant Dr. Eugene White, Superintendent of Indianapolis Public Schools.

During a recent IPS meeting, Dr. White complained bitterly that school board members had turned over public documents to Abdul and...gasp...Abdul made the public documents public. How outrageous! White thinks it is none of Abdul's or the public's business how much IPS employees, public employees, earn from our tax dollars.

Has there ever been a more arrogant public official than Dr. Eugene White of IPS? I can't think of one.
Posted by Paul K. Ogden at 1:38 PM

Our children are fed worse than prison food for the $15k per kid we're spending on them.

Also, Dr. White made it clear in a board meeting I attended earlier this year that he thinks it is just fine to use taxpayer dollars to pay for tables at expensive fundraisers and other such events. I believe it was specifically mentioned at one such event he spent $5,000 of the taxpayers' money to attend at his own VIP table.

I promise the food Dr. White eats is nothing like the substandard cheap food he feeds to our children.

You should read through the unofficial board notes of Jim Mervilde. He detests charter schools because they take too many tax dollars away from MSDWT. He uses every opportunity via the board notes to propagandize to the school board members about the evils of charter schools. Thanks for this reminder that I had intended to blog about it. And btw, I think Mervilde and White are two peas out of a the same pod.

Why don’t people run for school board who support transparency and educational freedom?

Because they get blackmailed and harassed into resigning, Nicholas.