My Presentation to College Bound Charter School Students; Law Schools Lie to Students about Salaries and Opportunities Provided by the Profession 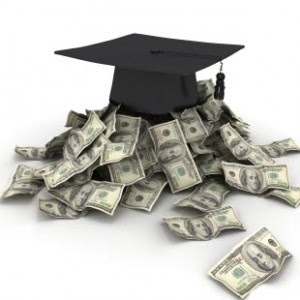 About three weeks ago, I helped a colleague out with a program at a charter school that was aimed at encouraging students at the school to go on to college. My job and that of several of the others who were recruited to help was to talk to the students about the importance of higher education.

Being about the last person to speak, I heard adult after adult speak glowingly about education has opened doors for them. Most of the presenters were students themselves, i.e. law students, or were recent law school graduates and experiencing the legal job market for the first time.
When it came my turn, I gave the students a completely different message. I told the students that if they are interested in a profession, they should go talk to people who actually work in that profession to get the straight scoop on employment opportunities and pay. I warned them not to rely on the job statistics offered by colleges that are trying to get their tuition dollars. I also told them not to rely on such sources as salary.com if they want a realistic view of income those in that profession make. The other presenters thought I was talking to the teenage students. Actually I was talking to them.

I was reminded of this experience this week. A fairly recent attorney, who I'm sure has an extremely modest associate salary of $35,000 or so, told me that she was paying back $150,000 in student loans. Ugh. From a pure dollar standpoint, I doubt that law school education investment will ever prove to be profitable.

She shouldn't count on experience making that much of a difference in her salary either. Another Indiana attorney, who ended up relocating out of state, told me of a conversation he had with a partner who was considering hiring him. The attorney had decades of experience that he could have brought to the firm. The partner told the experienced attorney that he couldn't hire him when he had a stack of resumes from people in the top 5% of their law school class who were willing to work for $30,000 to $35,000 a year without benefits. That's the same pay, $30,000 to $35,000 that private law firms were paying out in 1987 when I graduated from law school.

Those of us in the legal profession laugh when we read about the employment statistics claimed by law schools. According to the 2008 Employment Survey conducted by IU School of Law at Indianapolis, 96% of attorneys are employed within 9 months and those new lawyers in Indianapolis average $70,000 a year. There is no auditing of these numbers. Law schools can make up whatever claims they want without fear of penalty. Since the law school ratings consider these numbers, there is an incentive is to inflate the numbers to compete against others law schools which also want a better rating.

Supposedly these IU Law School employment numbers are based on surveys that are returned by new lawyers. When I asked for the surveys in an open records request several years ago, the law school refused to produce them claiming confidentiality requirements. Of course the school could have simply redacted any identifying information. One thing that did slip come out during my asking questions is that school officials admit they estimate salaries for those new attorneys who don't return their surveys. So the estimate of salaries is based substantially on salary numbers the law school is making up for new lawyers who don't return the form. Not real scientific.

If the new and future lawyers who were at the charter school that day had talked to actual practicing attorneys about their career choice, before they made it, they might well have chosen a different career. The legal profession needs to hold law schools responsible for lying to prospective students about the salaries and jobs available in our profession. Why does the Indiana Bar Association remain silent about an issue that is so important to the welfare of those who practice the legal profession?

Those students would be wise to take what you told them to heart, Paul. In fact, the economy is so rigged now, that upward mobility is near impossible.

Do medical schools practice this as well? I've rarely heard a medical student (okay, medical student after the first month or so) who is deluded into thinking he'll be raking in the big bucks upon graduation. And the amount of debt a law student and medical graduate get seem to be about the same.

COULD medical schools get away with this type of practice if they wanted to?

Most people who teach in law schools though are not and never have been practicing attorneys. (There are exceptsion like Prof. Karlson who was one of the most knowledgeable profs in law school.) Many have never sat for the bar. They're purely academic types. It's insane that the people who teach future attorneys are often not licensed attorneys themselves.

It's insane - you can graduate from law school with no idea what the practice of law is really like. The emphasis in law school is teaching you to "think like a lawyer" whatever that means.

Medical schools seemed more focused on training future doctors, while law schools are more aimed at getting people their J.D.s. They're trying to get as many JD's as possible but JD's usualy sit for the bar.

I do think medical schools do a better job of preparing students for the financial realities of practicing - that you're going to start out deeply in debt but will have the income to pay those debts of. The same goes with the legal profession except for most attorneys the income is not there to pay off hundreds of thousands of dollars in debt like there is with those who get a medical degree.

One of my clients was a paralegal in a 2 man workman's comp firm. He got his law degree and now has a $432 a month payment for the next 16 years, having already paid for 4 since graduation. He's doing the same work he was before for the same pay, just because he has ESQ after his name doesn't mean the state increased the preset limits on what the firm can bill.