Gun Rights' Defender Continues to be Target of City of Indianapolis, Help From Pro-Second Amendment Folks Would Be Appreciated 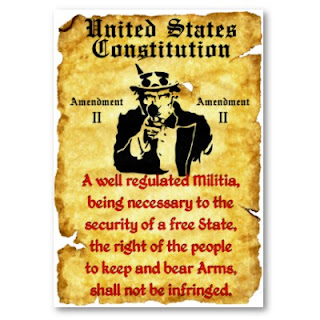 Most regular readers of this blog know the plight of my client Grady Scott. Indianapolis Police Department (before the merger) entered Scott's house on a warrant to that had the wrong address. They beat the crap out of Scott's house while he wasn't there, causing substantial damage. In the course of the search, the police took two guns that Scott legally possessed.

Even though the IPD eventually figured out they searched the wrong house, the City refused to return the guns unless Scott was fingerprinting, which wasn't an original requirement of his possession of the guns in his own home IPD also does ballistics testing of the guns the City seizes, regardless of the reasons the gun are seized.

Jonathan Mayes, then head of litigation for City Legal, told me that if Scott would just agree to be fingerprinted and complete additional paperwork, the guns would be returned. What Mayes failed to tell me was that the City had already destroyed Scott's guns. This was despite the fact the City had been notified that we intended to pursue litigation on behalf of Mr. Scott.

Indeed we did file a federal action on behalf of Grady Scott. City Legal Attorneys Mays and Alex Will asserted the position that the City of Indianapolis doesn't have to follow the 2nd Amendment. (Yes, Mayor Ballard's attorneys, contrary to the lip service the Mayor plays to the Second Amendment, takes the position in court that the City does not have to follow the Second Amendment.) An explicit "due process of law" claim I made in the complaint was completely misrepresented by City Legal's attorneys as being one for search and seizure. The case ended up being dismissed by the Federal Court.

It wasn't enough for the City that it had gotten away with destroying an innocent man's guns and tearing up his house, the City demanded Scott pay $854 in "costs" for the litigation, which request was recently granted by the Court.

We feel very confident that the court's ruling dismissing the due process claim because it was mislabeled as a 4th Amendment rather than a 5th Amendment claim would be quickly reversed by the 7th Circuit. The case law is unanimous in saying that labels on claims don't matter - the sole issue is whether the defendant was advised of the nature of the claim. Since we explicitly stated we were making a "due process of law" claim, I'm sure the City was on notice we were making a "due process of law" claim, regardless of City Legal's disingenuous effort to misrepresent that explicit pleading language to the Court.

Our Second Amendment claim was, understandably, tossed out because of the holding in McDonald v. City of Chicago case in which the 7th Circuit said the Second Amendment did not apply to states and local units of government. Most court observers are confident though that decision will be reversed by the Supreme Court. Obviously we want Mr. Scott's case alive and kicking when that decision comes down.

However, an appeal costs money. We would like to possibly turn this case over to counsel for a pro-gun group that is willing to take the appeal at a reduced fee or possibly pro bono. Anyone who has an idea about helping Mr. Scott in his fight for gun rights against the anti-Second Amendment administration of Indianapolis Mayor Greg Ballard, please contact me at my law office: Paul K. Ogden 631-0172.

Unfortunately the time is short so please don't delay any suggestions or ideas for assistance.
Posted by Paul K. Ogden at 8:11 PM

How dare the City of Indianapolis treat Mr. Scott or any of us in such a treacherous manner. I will send you a donation toward this case, Paul.