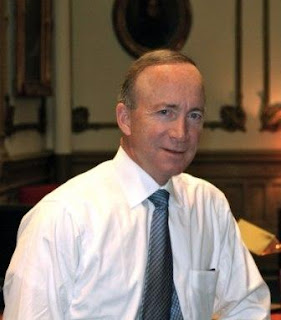 Indiana Governor Mitch Daniels, perhaps unwittingly, has sparked a fierce discussion among Republicans about the direction of the party. In a piece published in the conservative magazine, The Weekly Standard, Daniels said the next President should focused on the federal debt and national security rather than social issues. The comment was in a piece that focused on Governor Daniels' professional and political careers. Since this blog tends to focus on the "politics" of issues, that will be the focus of this post.

Since at least 1980, the success of the national Republican Party have depended on assembling and holding together a coalition of fiscal and social conservatives. Beginning in 1980, Ronald Reagan had extraordinary success with this coalition. His biggest success was drawing into the Republican orbit fiscally liberal but socially conservative voters who had historically voted for Democratic Presidents.

When Reagan left the political scene in 1989, this coalition began to come apart. In 2000, George Bush II put the coalition together again. Eight years later though the fiscal & social conservative coalition was in shambles, the worst shape it had been since Reagan.

Governor Daniels is exactly right that the Republicans need to get back to being the party of fiscal conservatism. While I doubt he was suggesting the GOP abandon its socially conservative agenda in doing so, that nonetheless is the inevitable spin his comments have received.

The national Republican Party wins when it can assemble and hold together a coalition of fiscally conservative and social conservative voters. The members of the coalition don't always get along, but without each other the GOP cannot win Congress or the White House. It's as simple as that.
Posted by Paul K. Ogden at 6:22 PM

What many, such as Red State and other conservative blogs are missing, is that Daniels is talking to REPUBLICANS. He is not suggesting a truce with Democrats, he isn't even talking about not legislating social issues.

He's only saying, on the campaign trail, keep hammering on fiscal issues, the debt, the economy, etc...

The myth of Reagan as a fiscal conservative lives on.

(The link is split since it won't wrap properly.)

The GOP doesn't deserve it. It's like thinking the abusive husband will stop hitting his wife.

Paul, as I wrote about on my blog, there is much more to the 1970 Princeton drug bust than has been written about to date. All of those facts will be brought to light if he runs for president and doom his presidential ambitions. The Republican Party won't nominate someone for president with that kind of baggage.

Mitch is a corporatist. His social issues are corporate issues. If the corporations promise to give some "trickle-down" to keep the common folk in bread, the corporatist believes he has done his job when he gives every possible governmental benefit and break to the corporation.

Cato's concern about corporatism is well placed. And, while it plays into the hands of leftists, it's corruption; the currency of statists & despots.

Yes, I meant Barry Goldwater!!!! I don't know what in the heck I was thinking. My mind must have merged Barry Goldwater and Steve Goldsmith. Thanks for catching it.