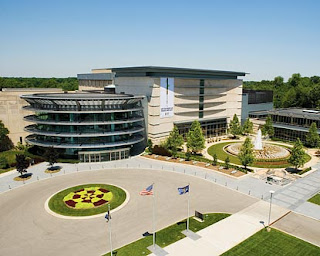 The fundamental purpose of politics is to make choices regarding the allocation of finite resources, i.e. taxpayer money. It is all about priorities. If our political leaders choose to spend $15 million to subsidize the Pacers, that is money that is not available for library, parks or for the bus system. Ultimately that money comes from one source - we the taxpayer.

As pointed out on Gary Welsh's blog, 2/3 of the city's swimming pools never opened over the Memorial Day weekend, by far the hottest weekend we've had this year. Although the Mayor tried to claim it was because the pools aren't well utilized over the holiday, it's not clear where this conclusion came from. Rather the Mayor's decision to keep the pools seems consistent with the administration's pool strategy last year - repair the pools during the summer in order to avoid the cost of having those pools open for the public. What is most unfortunate is that the closed Indianapolis swimming pools hit the poor and disadvantaged the most. Wealthier folks have their own pools or can afford fancy country club memberships where they can swim.

Again, it's all about priorities. In the middle of May, an administration-backed proposal was introduced by Republican Councilor Susan Day asking that the Indianapolis City-County Council approve $1 million dollars to 51 different local non-profit arts-type organizations. Contained in the proposal is an outline of which arts groups "won" our tax dollars:

Funded by the City of Indianapolis

Again, it's all about priorities. Certainly a fraction of the $1,000,000 the administration proposes to give the 51 arts groups would have been enough to open those this past Memorial Day weekend. But swimming pools are for average working men and women, while support of the arts for the most party favors the elites. This administration's priorities have for 2 1/2 years have been with the elites. That's a good way to win influential friends who will pat you on the back and provide you country club memberships, but it is not a good way for a Republican, in a Democratic-majority county, to win re-election.
Note: Photograph is of the Indianapolis Museum of Art which is set to receive a $72,000 grant. As one can tell from the photograph, the Museum really needs the money much more so than some inner-city swimming pool. (Sarcasm.)
Posted by Paul K. Ogden at 4:23 PM

I do understand where you're coming from, but please don't assume that this money will only benefit the "elites." I can't speak for most of these groups, but I know some of them have programs that specifically benefit the poor and disadvantaged. Did you know that The Children's Museum provides the following every year?
1. The museum offers free admission 16 times per year including the first Thursday of every month from 4 to 8 PM, Martin Luther King Day, Presidents Day, El Dia de Los Ninos, and Christmas Eve. In 2009 there were 96,172 people who took advantage of these free days.
2. Families receiving state assistance such as food stamps, Hoosier Healthwise insurance or temporary assistance (TANF) pay $1 admission per person. In 2009, 6,944 people took advantage of this program, visiting the museum 42,684 times.
3. School groups from all over Indianapolis receive reduced-price admission. 2009 visits 76,525.
4. Families residing in Crown Hill, Highland Vicinity, Historic Meridian Park, Mapleton-Fall Creek, Meridian Highland and Watson-McCord are eligible for free one-year memberships. 2009 Families 391; visits 3,293.
5. The museum provides a summer program called StarPoint that specifically engages underserved children and families. 2009 participants: 120 youth.

Many people do not realize just how much the museum provides for poor and disadvantaged in our city. You may feel that providing pools in the summer is a better use of money than providing benefits such as the above year-round--you are certainly entitled to that opinion and a discussion on that basis would be valid.

In the interests of full disclosure, I do work at The Children's Museum, but I am not involved in PR or anything. Just a lowly grunt trying to make a living.

The Children's Museum simply doesn't need the money. You know how much CM has invested in securities according to their tax return. Over $316 million. You know how much their President makes? $450,000 a year, not counting benefits. They have over 8 employees making over $150,000 a year and pay out nearly $14 million a year in salary and other employee compensation.

I'm pretty sure CM doesn't need to be at the public trough even though I'm sure it does put on worthwhile programs.

Again, I REALLY do understand where you're coming from, and unfortunately, I can't address the specific salaries you mentioned here except to point out that those 8 salaries make up only 4% of the total budget of the museum. While the total amount of money spent on salaries and benefits may seem high, it is the people who make the museum a functioning, safe, friendly, clean place to visit. The majority of those people earn less than $40,000 per year: facilities staff, box office staff, program staff, staff in the galleries, staff designing and making the exhibits, security staff, and behind the scenes staff such as marketing, financial and fundraising staff--around 250 of us. Those people, in turn, pay taxes, buy groceries, pay mortgages, etc. In other words, they put much of those salaries back into the community in some way.

Regarding the $316M endowment, I'm sure you'll understand that the museum, like everyone else, was hit during the recent recession, so it is nowhere near that much now. It is true that many people do not understand the purpose of an endowment. The museum charges $10.50, $14.50, and $15.50 for admission. But ticket and membership sales pay only 23% of the expenses, so the money to pay the remaining 77% of the expenses has to come from somewhere else. The 2008 annual report shows that 10% comes from program fees, store and restaurant revenues, 10% comes from fundraising efforts, and 57% comes from the interest on that endowment. If we didn't have that endowment sitting there subsidizing almost 60% of the costs of running this museum, our tickets would have to cost $45-$50 or more!! No one would come! In addition, my previous posting showed the rather large number of people who enter this museum for free or significantly reduced cost. Now, we could just use that endowment money to cover current expenses, but in a couple of years the endowment would be gone and how would we cover that 60%?

The sad part of this story is that we are forced to choose between supporting the arts and opening city pools, when we should be able to do both if the city were properly managed.

The Children's Museum has a healthy balance sheet and well paid executives, so we give them money.

The city pools are underfunded and need attention, so we don't give them money.

Some of my happiest experiences as a kid was going to the big public pool in my hometown. It was ALWAYS open before Memorial weekend, even during the worst days of the 1970's recession.

And back then, we didn't have Arts Council execs wearing $500 shoes and $1200 suits parading disadvantaged children through city budget meetings to beg for arts funding, of which the kids would only see the tiniest of slice of the $$$ pie.

What's most pathetic about the arts council is that far too much of their funding goes right into administrative costs and salaries. Ossip designer eyewear, Prada shoes, and Armani don't come cheap.

Ah, well, I can't speak to that as I wouldn't recognize an Armani suite or Prada shoes if they walked all over me! :-)

The poor people do not need to swim, it's a luxury! The reason the city pools were not available is because they are in need of repair. Why do we think that is? It is because the people that utilize them are always tearing them up! Just look at their homes! If they rent it, they tear it up because it's not theirs! If they own it, they bring down all property values because they don't take care of it. Granted, homes are expensive to maintain, but a little light cleaning and picking up trash would be a great benefit! Or how about this, not making the earth your trash dumpster and placing trash in an appropriate container. I'm sick of KFC and Church's Chicken wrappers scattered everywhere! At least with arts funding, they might actually benefit from a little culture, seeing that their poor life choices have held them back. Maybe a little refinement is in order! I applaude the Mayor for his funding of the arts! BRAVO! Maybe the EBT system will expand benefits from the fresh produce at the farmer's markets and allow them to procure a pool from their local Walmart since we usually pay for their utility bills anyway! This way, we could continue to offer FREE SWIMMING instead of an education! Oh darn, but then they can't buy rims for "dey car"! As far as the fancy shoes and suits at the Arts Council, how about we look at the number of these folks on welfare as compared to the type of car they drive and numbers of cell phones in their homes. If these children are in such need of swimming, the parents should take the money they are spending on cell phones with unlimited minutes, fake nails and hair, SUV's and luxury vehicles and designer handbags so that they might purchase a membership at the YMCA or another organization with a swimming pool! Probably because they don't really care about their children. They only had them because of accidental exposure or to get a bigger welfare check! Furthermore, how about taking away their welfare if they have a family member that has been convicted of a crime, stop giving them rewards for having more babies and take care of the ones they have the old fashioned way...WORK! Enough freebies already! Your view of the Arts programs in this city is seriously skewed by your ignorance! These institutions are offering people in disadvantaged neighborhoods the luxury of an education of the arts for FREE because of this funding. Funding that is not necessarily coming from your pocket but from the Federal government that was set aside for education. Why would they use education money on a swimming pool?