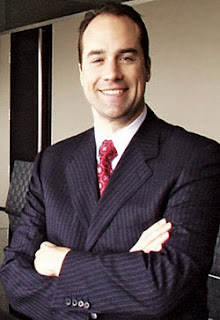 This is darn near tragic. Brian Williams, a local businessman, is leaving the race for the Democratic nomination for Mayor. During his short tenure as mayoral candidate, Williams displayed a tremendous grasp of the issues and a willingness to be the independent, fair-minded voice this community desperately needs.
Williams has endorsed Melina Kennedy, a lawyer for Baker & Daniels who worked in the Peterson administration and ran, unsuccessfully, against Carl Brizzi for Marion County Prosecutor.
Kennedy was part of the elitist, insider crowd when she worked for Peterson. Although Republican Greg Ballard ran as an outsider, he quickly turned his back on those who helped him get elected and instead embraced the country club wing of the GOP which hadn't won a Mayor's race since 1995. So, assuming Mayor Ballard runs for re-election (we can always hope he'll won't), 2011 shapes up to be two big taxing, big spending, corporate welfare loving, country club insiders squaring off against each other. What is a conservative like me to do? If it is Ballard v. Kennedy, the Libertarian candidate will certainly get my vote.
Posted by Paul K. Ogden at 3:11 PM

As one door closes, another will open.

I'm going to trust unseen forces are at work.

That Williams would endorse Kennedy is telling of what is at work. Williams did not have to endorse anyone. The action shows he is partisan. I'd rather know upfront where he really stands than after the fact. Wouldn't you?

That's a shame. I would have voted for him. What's wrong with Steve Campbell or Earl Morgan?

Kathy Davis is smart and a sweetheart. Let's ring her doorbell.

Perhaps she could change her mind, if asked.

She's probably not running because the Democrats have hand-picked Melina Kennedy, whom nobody wants or likes.