A Simple Explanation of the City's Water Deal: We are Selling the Utilities to Ourselves 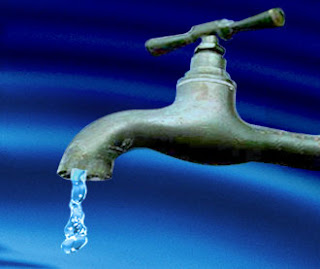 I think I can simply explain the proposed sale of the city water and sewer utilitizies to Citizen's Energy, more commonly referred to as Citizen's Gas.

Of course, Residents A and Residents B are the same people: Indianapolis residents. Folks, we are selling the water and sewer utilities to ourselves, a paper transaction used to generate up front cash for a tax increasing, corporate welfare loving administration that is recklessly spending our tax dollars.

I am not at all against these city utilities being transferred to Citizen's Gas. In fact, I think it's probably a good move for Citizen's Gas as long as a few safeguards are in place. It is the "sale" that doesn't make any sense. Let's just transfer the utilities and forget the pretend sale of the utilities that is nothing more than a last ditch effort by an unpopular Mayor to save himself by handing out election year, pork barrel projects.
Posted by Paul K. Ogden at 3:51 PM

We received such a good deal with the sale of Veolia we should do this again. Lately we learned that our dear city transferred millions more of our dollars to the same company even though there was no obligation to do so.
Where is the win for the taxpayers in selling off city water and sewer assets?

It actually IS a good idea for Citizens to take it over. The city ownership and Veiolia management have screwed it up in 8 short years. Citizens, as owners, will be able to at least reign Veoilia in, if not completely re-negotiate the contract in a few years.

The only downside to the deal is the cash being exchanged. And unfortunately, that's a big downside that's causing me to question why this deal is being done.

Your Republican Congressional candidate for Indianapolis, Marvin Scott, is Chair of the Indianapolis Waterworks Board. He's been awfully silent on this flim-flam by Mayor Ballard.

Actually, won't this transfer have to be approved by that Waterworks Board? How will Scott vote?

I basically said the same thing in an e-mail to my councilor and most of the Rules committee members about ten days ago.

I only got one response; it was a positive comment from Joanne Sanders.

Wilson, it's already been approved by the Waterworks board. Two council committees have approved two Propositions (131 and 132, 132 was amended a few times) and now the only steps left are full council and IURC.

I don't see the point in bringing up Scott. He isn't connected to the deal, unlike Ryan Vaughn.

Just pointing out that Mr. Major Tea Partier, Champion of We The People, GOP Congressional candidate Marvin Scott, quietly went along with the big boys downtown to screw the citizens with another financial flim-flam.

Thanks for this simple explanation and alternative request, OoP.