Has The Internal Revenue Service Reclassified Pacers as a "Hobby?" 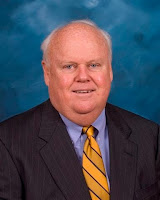 In various news reports, Jim Morris, President of the Pacers Sports & Entertainment Group, i.e. the Pacers have claimed to have lost money on the team 28 of 30 years. In 2009 news reports, the talk was of losing money 9 of the last 10 years, which I assume by now is 10 of the last 11 years. Quite a losing streak.

When a business continues to lose money year after year, it can end up being classified as a "hobby" by the Internal Revenue Service which would limit business deductions. The IRS presumes that an activity is carried on for profit if it makes a profit during at least three of the last five tax years. The IRS explains the rule:

In order to make this determination, taxpayers should consider
the following factors:

With the exception of a couple of these questions, the answers seem to be a resounding "No." Given the fact that the Pacers supposedly have lost money 28 of 30 years (and the presumption is that a business makes a profit 3 of 5) is there any doubt that the IRS, if presented with those financial claims, would reclassify the Pacers as a "hobby?"

Since Morris won't be forthcoming about the Pacers' finances, maybe he can tell us whether the IRS has classified the Pacers as a "hobby" which would support his argument that the Pacers are the money pit he claims the team is.

We made it to the top of the page at FieldOfSchemes.com

All funnies aside, how about it, Jim, what is your answer to Paul's question here?

If the CIB represented the public's interest, it would have long ago required the Pacers to release its audited financial statements for both the Pacers organization and its entertainment arm. I suspect one of those entities shows a profit, Paul, while the other bears the losses. The CIB won't ask for this information because it doesn't want to know the truth. The board members have a financial interest in keeping the Pacers, and none of them bother to disclose that interest, including at least Paul Okeson, Ann Lathrop, John Dora and Doug Brown.

If they're separate taxable entities I would imagine they both are usually showing a profit. I so agree they don't want to know the truth. Even the Indystar editorial board was puzzled because Lathrop and Okeson didn't know basic information about the contract, the penalties, how much the Pacers were losing...and didn't seem to want to know.