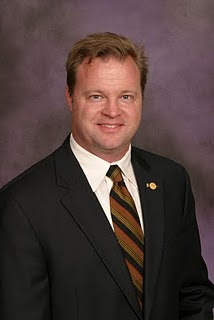 Sheila Kennedy's column "Let's grow up and pay our bills" (May 10) amounts to little more than her usual cry to raise taxes on those of us who live in Marion County. Guess what? It's possible to get things done in Indianapolis without hiking the burden on taxpayers.

Mayor Greg Ballard's proposed transaction, of which I am the initial City-County Council sponsor, with Citizens Energy Group is the only idea in the public arena that meets two fundamental challenges: deteriorating infrastructure and the skyrocketing increase in water and wastewater rates. It does so while creating jobs, reducing future rate increases and investing more than $400 million in our neighborhoods -- all while taking the politics out of the water and wastewater utilities.

Kennedy gives a very brief history on prior administrations but forgets key facts. It is widely accepted that the Peterson administration significantly overpaid for the water company. Furthermore, the water company was purchased for $515 million, but now its total debt exceeds $960 million. That's horrendous financial management.

Add to that the Peterson administration's politically motivated decision to freeze rates for five years and make the mind-boggling decision to invest disproportionately in variable rate bonds (both of which have led directly to the recent requests for emergency rate increases), and you have a snapshot of our current problem.

The Ballard administration and the current City-County Council have balanced the people's budget two straight years without a tax increase and actually reduced income taxes. Despite what Kennedy believes, our income and property taxes are high enough.

Attempting to rely on the tired old class warfare argument, Kennedy indicts the water and wastewater rates without mentioning that her argument applies to the rate structure of all utilities.

Real leadership, Republican leadership, means saying no to raising taxes and working diligently to craft a solution based on a different model.

We don't need to grow up. We need to live within our means, just like families do.

I love the gem where Speedy says that "Republican leadership, means saying no to raising taxes and working diligently to craft a solution based on a different model." Really? Did Speedy forget that he cast the tie-breaking voter for the CIB taxes last year? Did Speedy work diligently to force the CIB to change how it operates? Nope. In fact, not a single councilor demanded reforms prior to casting a vote to bail out the CIB. Now armed with the knowledge that the Mayor and Council won't demand accountability for its waste of taxpayer money, the CIB is talking about giving away $18 million more in tax dollars for the Pacers. Speedy's memory must be foggy. The Ballard administration has repeatedly proposed raising taxes. Ballard proposed raising the car rental tax, the hotel tax (which succeeded in giving us te highest hotel/sales tax in the country), the alcohol tax, the food and beverage tax. He has proposed massive increase in business taxes....er fees. The man has done little else but propose tax/fee increases while in office. I have somewhere a list of taxes and fees that the Ballard administration has proposed increasing. The list is very long. I'm sure the Democrats have a similar list.
Speedy peddles the tired argument about how the Ballard administration "balanced the budget" two straight years. By law municipalities are required to balance their budgets. Peterson had a balanced budget for all 8 years of his time in office. The question is always how much smoke and mirrors arre used to get the balanced budget. The Ballard administration used plenty of budgetary tricks to get to a balanced budget. For example, a while back I wrote about how the City had self-funded government employees insurance, rolling into the next year obligations to pay claims - an accounting trick.
Oh, and when is that county option income tax cut Ballard promised coming? Despite Speedy's spin, Mayor Ballard has broken virtually every campaign promise he has made. Ballard has no discernible conservative instincts and I for the life of me don't know why he even bothers calling himself a Republican. Ballard is the most liberal Indianapolis Republican officeholder since Virginia Blankenbaker served the northside of Indianapolis in the Indiana State Senate.
Speedy talks about the proposed sale of the water and sewer utilities mentioning management of the utilities would be better if it were removed from political control. He thinks the utilities would be better managed by Citizen's. I have no doubt he's right on both scores. What Speedy though conveniently overlooks is that the "sale" is not a sale at all. The City represents the public. Citizen's is a public trust, that represents the public. We're selling the utilities to ourselves. The "sale" is simply a ruse to generate a big up front cash payment that can be spent going into the 2011 municipal elections. How is Citizen's going to come up with that cash? By borrowing, which debt will be paid for by the public in the form of higher water and sewer bills.
The opponents are right that this "sale" will cause a huge tax increase that will be paid for with higher utility bills. If Speedy is sincere in wanting to do the right thing, he should simply support a transfer of the utilities without the cash payment that will trigger the higher water and sewer fees to cover infrastructure repairs unrelated to running the water and sewer utilities..
Posted by Paul K. Ogden at 2:25 PM

I so appreciate this OoP close examination of the facts that Sheila Suess Kennedy spouts in the Gannett STAR. She is a Republican- Democrat with many faces and allegiances, and no one should read her without doing their own research.

As for this piece penned by Councillor Speedy, who does he think he is fooling? I absolutely doubt his sincerity here.

If you want to edit and repost your comment that would be fine. I'm trying though to stay away from the unsubstantiated personal accusations about people that bloggers like Abdul like to throw out for effect or to discredit people. (I have personal experience in that area.) Yours mentioned a second hand ruport about Speedy's IU days. I just think that was too pushing the envelope. Hope you understand.

Councillor Speedy is definitely living in a parallel universe if he truly thinks these things are true.

Another unfathomable comment came from him during the debate over either prop 131 or 132 (I can't remember which) when he stated that delaying the sale of the water utility would only cause a tax increase. I still can't begin to figure out that line of logic.

Whatever the merits of your other points may be, it's far from self-evident that the water-company sale is a mere accounting gimmick. As taxpayers under Peterson we paid for a water company with money we therefore could not use for sidewalks, etc. It is at least arguable that the taxpayers thereby subsidized the ratepayers. By now selling the company to ourselves as ratepayers, we may be returning that expense to the activity on which it should properly be visited.