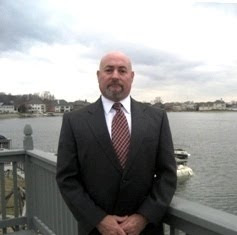 Once again, David Wyser makes news and, again, it is not good news. To refresh your memory, Wyser is the chief deputy prosecutor in the Marion County Prosecutor's Office headed by Carl Brizzi and is a candidate for Hamilton County prosecutor.

According to the Indianapolis Star, Wyser's opponent, Lee Buckingham, Wyser called him up and threatened to fire him if he stayed in the race and Wyser run. Wyser doesn't deny the allegation but simply says the discussion was about a personnel issue he wouldn't elaborate on. Meanwhile the Star quotes an ill-informed law school professor who says that once elected Wyser is free to hire and fire anyone he wants.

It hasn't worked that way for years. Even though Buckingham as a deputy prosecutor is an at-will employee, you can't fire even an at-will employee for political reasons. The only employees a newly-elected Wyser can replace are those in a policy-making positions, upper level supervisors in the office. He can't just replace anyone in the office, no more than Attorney General Greg Zoeller could have done the same when he was elected.

Meanwhile, an even more serious allegation about Wyser rears its head. It seems the then spokesman for the Marion County Prosecutor's Office, Mario Massillamany called Hamilton County attorney Tim Stoesz (brother and law partner of then GOP candidate Steve Stoesz) and suggested that if Steve Stoesz didn't drop out (the drop out deadline had not yet passed) that the Stoesz brothers' criminal defense practice would suffer because a Wyser-led Hamilton County Prosecutor's Office would not offer plea deals to the Stoesz's clients. Massillamany didn't realize he was being taped and now claims it was merely a "joke." Tim Stoesz though wants a special prosecutor to be appointed to see if the intimidation statute was violated. Steve Stoesz ended up dropping out of the race.

It appears that Wyser's involvement in Marion County politics has taught him how Indy political leaders operate. Job threats and intimidation have been standard fare when Republicans dare challenge the hand-picked candidate of local party leaders. The goal is to eliminate the competition before the primary, which appears to be exactly what Wyser and his people tried to do in Hamilton County.

Of course, these allegations all come on the heels of the news that Wyser received and later returned $2500 contribution from Indianapolis businessman Harrison Epperly, whose daughter, Paula Willoughby, was serving two jail sentences for murder. Wyser agreed to a modification agreement to allow her out of jail early. Also an attorney involved in representing Willoughby threw a fundraiser for Wyser. It is these allegations that prompted challengers to Wyser.

One thing I do not understand is why Hamilton County Republicans haven't already kicked David Wyser to the curb. Have they not learned anything from what Indianapolis Republicans are currently going through with Prosecutor Carl Brizzi? Do Hamilton County Republicans really want to nominate a Brizzi wannabe, a scandal-plagued candidate who would be so damaged that the Democrats might actually have a chance to win that office in November? Do they really want to spend the next four years dealing with a prosecutor who has already displayed questionable ethics and poor judgment?
Posted by Paul K. Ogden at 12:27 PM

Good for you, for asking the obvious of Marion County Republicans, Paul. I very much doubt if, for the foreseeable future, the Democrats have much of a chance to win many, if any, political offices in Hamilton County.

MCB, I would agree though if revelations continue to come out about Wyser, they might have a shot. They need to have a decent candidate ready to go just in case.

Paul, thanks for helping get rid of the only ally Wyser really has left -- Hamilton County voter ignorance.

Decent folks with common sense presented with the history of thuggish behavior and crummy performance of Wyser en masse, simply would opt for somebody without the Marion County dirt covering them from head to toe.

Tracking Wyser's pseudo-responses to the increasing number of suspicious events he's in the middle of is like listening to criminal defendants explain why it's never their fault, they have one more excuse to give.

Wyser was at the Fishers Police Department promising them that Mario M. was part of the "team" coming to work for him. Mario gets popped for DUI, now Mario is a lone wolf, who "acted alone." Bull. If Stoesz hadn't recorded that phone call, they'd be denying the threat ever took place at all.

Campaign cash for sentence reductions of murderers. Even taking away that aspect, Wyser claims to have done only 3 or 4 agreed sentence reductions in his illustrious career, 2 of them happen to be murderers he cut loose (Epperly and Forney, represented by Voyles' office and B + T respectively...).

Wyser also needs to go on record about if he's going to hire Carl Brizzi if he wins in HC, and return the favor. So far he's done nothing but defend his boss's actions, which also has the self-serving function of keeping him employed there until the 5/4 primary is over.

Rather than concern themselves with voting democrat, the good and honest voters of HC should end this freak show at their first opportunity, and vote for an honest man on 5/4.

Massa representing Durham?!?! Maybe he does! Massa is employed by Riley Bennett & Egloff, a law firm that represents Tim Durham in several legal matters. Even if Massa does represent Durham, is that really as strange as Scott Newman, who publicly endorses Massa as the next Marion County Prosecuting Attorney, representing Bales while calling for Brizzi's resignation. His reason for asking Brizzi to resign? The "appearance of impropriety" and the "lack of public trust" arising, among other things, out of Brizzi doing business with Bales? Really?!?! Come on Scott! Can someone develop a chart that clarifies the interaction of all of these characters?