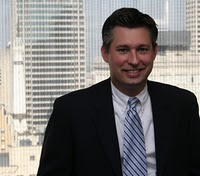 Anyone with a basic working knowledge of politics knows how sensitive party leaders are to issues relating to voting, including where polls are going to be located. In a city like Indianapolis, there are some precincts that are heavily Republican and others that are heavily Democrat. It is traditional that the party in power work with the "out" party in making those decisions affecting elections.

Apparently Chris Cotterill, Chief of Staff for Indianapolis Mayor Greg Ballard, has never taken a Politics 101 course. In submitting the new voting locations for the upcoming election, Cotterill unilaterally moved twelve Butler-Tarkington area precincts into the Hinkle Fieldhouse without consulting with the Democrats. Marion County Democratic Chairman Ed Treacy pounced, issuing a press release in which he accused Mayor Ballard and the Republican Party of racism and voter suppression. Columnist Matthew Tully writes, quite correctly, that the charge is completely out of line and irresponsible. The Star reports that Mayor Ballard has now reversed that decision following the Treacy broadside.

Treacy's press release is little more than non-substantive partisan bluster, no better than what is regularly dished out by Marion County Republican chairman Tom John. Where Treacy is on solid footing is when he complains that the administration never bothered to consult with the Democrats on the voting locations. If Cotterill would have simply done that, he would have at the very least had cover should Treacy have later pulled the "racism" and "voter suppression" nonsense.

I have no reason to doubt that the administration had less than good intentions when he came up with the consolidation idea. The blunder is greatly attributed to an overly-partisan administration philosophy that looks unkindly in even picking up the phone and talking with the Democrats. I recall well during the CIB legislative debate that Republican legislators were encouraging Mayor Ballard to talk to Democrats such as Rep. Bill Crawford who heads up the House Ways and Means committee. Mayor Ballard's Goldsmith-era advisers, the ones pulling the strings behind this administration, advised him to NOT reach out to Democrats and to rely on Republican votes. Mayor Ballard has approached issues in the Council the same way - making issue after issue partisan votes where Republicans all have to stick together (often in support of unpopular measures) or the Mayor's proposal fails.

There is a second reason for the voter location screwup - the inexperience of Chris Cotterill. Cotterill only five years with no litigation experience (although he had the all important Barnes & Thornburg on his resume), when he was appointed head of Corporation Counsel, also known as City Legal. Under Cotterill's leadership, City Legal was (and still is) one of the worst run departments of city government. (Ask any lawyer who has to deal with City Legal on a regular basis and they will all tell you that City Legal operated much better and more professionally under the experienced Democrat attorney Jim Osborn.) Floundering as head of City Legal, Cotterill was promoted to Chief of Staff. While that appeared to be a better fit given Cotterill's lack of legal experience, Cotterill apparently didn't have much in the way of political experience either. Anyone with a scintilla of electoral politics experience would have known that the decision to move inner city voting locations would generate a backlash (deserved or not) and that before making submitting such a change it was wise to work with the Democrats to at least get cover.

Mayor Ballard seems to have two types of advisers. One set are those who date from the Goldsmith-era and seem most interested in seeing how much they can profit off the current administration. The second set are the "kids," a group of still wet-behind-the-ears advisers who lack practical experience but are useful to the Goldsmith era advisers in that they are so greatful for their jobs they will do whatever they are told. Either way, Mayor Ballard is not being served well.
Posted by Paul K. Ogden at 8:44 AM

Paul, I must disagree with you about Ballard. A much as it pains me, I agree with the chairman of the Democratic party.

Ballards racest attitudes came out in full force when he made sure that Tom John put Angel Rivera in the position once held by a black man on the CCC. This was clearly a racest move on Tom John and Ballards part.

I am thinking that this will have a major backlash for the Mayor and the Rebublican party.

If I was Olgen Williams I would be very upset today. The fact that he was not consulted by Chris , just shows that the Mayors staff does not have a clue. they are too busy trying to see the soul of our city to the highest bidder or the lowest bidder.

Tom John has made it clear that he does not think that the Black Vote is important or for that matter neither is the Tea Party. Tom John has managed to kill any relationship that they party had with the Black community.

The 25th floor must be fun today.

Unlike the national races where the GOP usually nets about 10% (or less) of the black vote, the county and state GOP don't have that type of problem. They don't get a majority, but last I checked, it was about 30%.

Did they do it for political motivations? Probably. Racial? That's a hefty charge to levy. And people like Treacy and yourself better be ready to defend that charge.

Now if you're talking the middle class African-American vote in Pike, it's a much higher percentage that vote Republican than the African Americans who live in the depressed areas of Center Township. Still I don't think we're pulling 30% even in Pike. Maybe 25%, but probably more like 20%.

If we're pointing fingers, how about the Peterson Administration's propensity to change polling locations the DAY BEFORE an election. This caused untold chaos for inspectors and others trying to figure out where to set up equipment. And of course, this always occurred in heavy Republican precincts. There were many disenfranchised voters back then. Did the STAR have conniption fits about that? NO!
The Election Board wanted satellite voting centers for many reasons-not just for early voting, but for convenience. Think of Hinkle as a satellite voting center without the greater chance of corruption.
With a month of advance notice, most voters would have known to go to Hinkle to vote. There would have been plenty of accessible parking-not like the cramped lots and street parking at most schools and fire stations in the Butler Tarkington area. For security and safety purposes, think of less random people roaming around schools where children are playing and studying. Elections really disrupt the school day for kids and teachers.
How many times does a voter mistakenly show up at one poll location to then be directed to the very neighboring one, 1/2 mile down the road? Instead of getting in their cars to find the right place(or not), they could just walk to the next table.
Poll workers aren't always dependable about showing up on time, or at all. A precinct short of workers could easily pull from another extra staffed precinct if need be.
I don't see a racist agenda here at all- I see scaled down, efficient government at work-something the Peterson Administration never offered us.