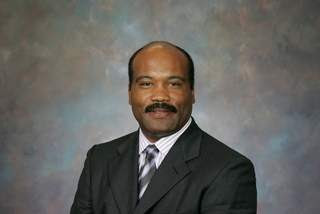 Indianapolis airport Chief Executive John D. Clark III is the subject of a subpoena issued by Florida authorities, who have seized records related to his work as director of the Jacksonville airport.

The State Attorney’s Office has seized records including Clark's calendars, time sheets and leave records from the Jacksonville, Fla. Aviation Authority dating from January 2006 until he was hired a year ago to be the top executive for the Indianapolis Airport Authority.

There were media reports when he left Florida for Indianapolis that questioned his spending for business trips around the world. He made separate business trips to Paris, London, Shanghai, Buenos Aires, Sao Paulo and Cairo within a year . All were paid for by the Florida airport.

Indianapolis officials at the time said they were aware of his spending and travel but were more impressed by his strong resume.

To read the rest of the article, click here.

When Indianapolis hired Clark last year, many of us, including yours truly, sounded the alarm about his flamboyant spending and questionable ethics while head of the Jacksonville airport. Clark's checkered background was well documented by a local publication, Folioweekly.

What did Indianapolis' officials do when confronted with this information? They steadfastly ignored it. At the time, I concluded my blog entry on Clark as follow:

We're not just talking about "stepping on toes." We're talking about someone who, if the allegations in the Folioweekly article are remotely true, repeatedly violated the public trust while in Jacksonville and tried to keep his actions concealed from scrutiny. Tobias offers no claim that those allegations are not true...rather he just offers the simplistic non-response that Clark "has been thoroughly vetted" and his references checked out. Oh, well, that should be enough.

Unfortunately, Clark will find the environment here even more supportive of his apparent jet-setting lifestyle at the public expense than Jacksonville. In Jacksonville there were at least some elected officials willing to speak out about the abuse of the public trust and question what he was doing. In the cesspool of conflicts of interest and insider-dealing that is Indianapolis politics, he is unlikely to encounter that same public criticism here.

Is this what it looks like when a district attorney/ county prosecutor actually takes his job seriously and investigates insider corruption and public official misconduct?

And in this instance, do we ever wish you were not right, Paul.