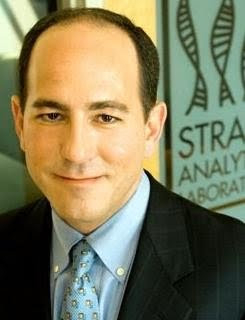 I'm trying to get caught up on my reading. One passage from Gary Welsh's Advance Indiana blog caught my eye:

"What really caught every one's attention in the gaming investigation was a subpoena Newman's office issued to Bob Grand as the managing partner of Barnes & Thornburg's Indianapolis office. Newman sought billing records for a client of the firm, which was part of the gaming company that was awarded the Lawrenceburg riverboat. Peter Rusthoven of Barnes & Thornburg represented the gaming client. I suspect his relationship was tied to the gaming company's William Cellini, the powerful Illinois political broker who engineered the awarding of the first riverboat license in Illinois for Argosy. Cellini is currently facing a public trial in Chicago this summer for public corruption charges, along with former Gov. Rod Blagojevich.

I distinctly recall attending a fundraiser for Newman at Rick's Boatyard Cafe a short time after Newman's office issued the subpoena to Grand's firm. I recall being taken aback when Bob Grand entered the fundraiser rather late and pulled Newman aside for a 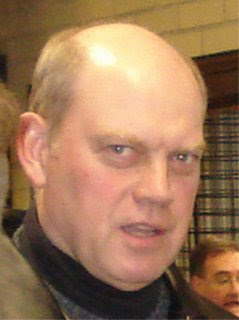 lengthy conversation. The investigation of the firm's client and the Lawrenceburg riverboat license by Newman's office faded and no subsequent charges were brought. When Newman left the prosecutor's office after eight years a short time later, he emerged as a partner at Barnes & Thornburg. Later, Newman and several other local business leaders, including some Barnes & Thornburg partners and the chairman of the Indiana Republican Party, founded a new start-up company that specialized in DNA testing. Not surprisingly, the company got a jump start when it quickly won contracts with the Indiana State Police and Marion County's forensic lab.

Based on these series of events, I was not at all excited when Mayor Greg Ballard named Newman as his first public safety director. I believed that he had used his position as prosecutor to parlay a lucrative legal career for himself in a less than above board manner. Ironically, Newman is now calling on his successor to resign from office for doing the very same thing. Newman has good reason to want Brizzi to resign. His own ties to Brizzi crony John Bales are raising some eyebrows. Interestingly, it is Newman who is acting as Bales' attorney defending him against findings of an IBJ investigative report by Cory Schouten. It is Newman who Brizzi pointed out initiated what some are calling a sweetheart deal with Bales on his way out of office eight years ago to procure office space for the
prosecutor's office. That deal helped launch Bales' meteoric rise in the real estate world. It also appears that Newman invested in a failed company with Brizzi, Bales and others to invest in troubled real estate assets in Florida.

Newman is currently acting as chairman of Mark Massa's GOP prosecutor campaign. While Massa has sought to distance himself from Brizzi and called on him to resign, he may want to consider his relationship with Newman. He carries the same baggage as Brizzi carries, notwithstanding the fact that he no longer works in the public sector. '

While Welsh's observation doesn't come as a surprise, it is still disappointing to read this about former Marion County Prosecutor Scott Newman who I think we all had hoped against hope was one of the good ones. It appears he started out strong - as someone who wanted to address political corruption. Then Newman received a visit from politically-connected Barnes & Thornburg partner Bob Grand at a fundraiser...after he had served B&T a subpoena for billing records related to a gaming client of theirs under investigation. The criminal investigation of the B&T client fell by the wayside and when Newman leaves office he becomes a Barnes & Thornburgh partner. Later
Newman and other B&T partners start up a DNA testing lab that quickly won contracts. Newman was also the one who not only made Carl Brizzi the heir apparent as prosecutor, he also negotiated the sweetheart deal with real estate developer John Bales for office space as he was going out of office.
Welsh suggests that Massa might be wise to distance himself from Newman who is chairman of his campaign. That might well be good advice, especially considering the inevitable federal investigation will likely implicate not only Brizzi, but several people around him. I though would go further than that. Massa needs to avoid any appearance of impropriety and that includes distancing himself from people like Bob Grand who live to buy political influence with campaign contributions, money I might add which originated as taxpayer dollars and found their way to B&T through government contracts for legal work received because of political influence. Massa hasn't done that though. He, in fact, inexplicably, allowed Bob Grand to co-host a fundraiser for him. I would add that Grand has contributed money to both Bart McAtee and Dennis Fishburn in their race for Sheriff.
Today's IBJ contains a story about how the Marion County Prosecutor's Office failed to file notice of forfeiture in the Omnisource case and as a result may have to return hundreds of thousands of dollars. The Star's headline this morning is that the Prosecutor's Office would not pursue any cases against IMPD officers who worked at Omnisource. Late last year, the U.S.. Attorney's office suddenly dropped a federal forfeiture case against financier Timothy Durham suddenly being dropped after being filed only days earlier. What is the common thread on all these cases? Barnes & Thornburg partner Larry Mackey represented the Defendants. Either Mackey is the greatest attorney ever, or he and his firm have extremely powerful political influence in the Marion County Prosecutor and the U.S. Attorney's Office.
Even though the storm clouds of political scandal are forming on the horizon, some people continue to operate as if it is not going to rain. Time to grab an umbrella, folks. We are in for a downpour.
Posted by Paul K. Ogden at 3:24 PM

Isn't it interesting that Massa represents Durham?!?! Massa is employed by Riley Bennett & Egloff, a law firm that represents Tim Durham in several legal matters. Even if Massa does represent Durham, is that really as strange as Scott Newman, who publicly endorses Massa as the next Marion County Prosecuting Attorney, representing Bales while calling for Brizzi's resignation. His reason for asking Brizzi to resign? The "appearance of impropriety" and the "lack of public trust" arising, among other things, out of Brizzi doing business with Bales? Really?!?!

Thanks for giving us these facts about Newman, bringing him out of the shadows, into the glaring spotlight, OoP, to slouch with the other stinkers. I really wonder that if elected, Massa will be any more honest than this bunch of connivers. Of course, by now, I am also not sure about the integrity of the Democrat candidates for Prosecutor.