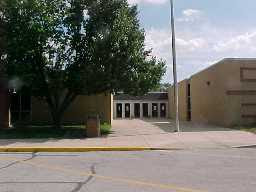 Tonight the Pike Township Residents Association sponsored a forum on the Guion Creek referendum. Dr. Tim Koponen presented for the "Yes" side. We gave the argument for the "No" side.

As was to be expected, the audience was dominated by Guion Creek teachers, employees and district administrators. Understandably they were in favor of a new school. If I worked at Guion, heck I'd undoubtedly want to work in a new school as well. But the new school isn't just paid for by people who work or have kids in Guion. It's paid for by all the taxpayers in Pike Township.

Today, we received an education about the problems with the Guion Creek Elementary School. There was numerous comments about the leaky roof, carpet that needed to be replaced, and AC not working properly. I have absolutely no doubt that all these complaints are true. Indeed I'd be shocked if a 39 year old building didn't need its roof and AC unit replaced. Likewise, carpet has to be replaced every few years. That's ordinary maintenance. The only complaint that speaks to more significant problems is foundation issues. But even cracks in foundations of 39 year old buildings are typical. Foundation issues are dealt with by homeowners every day. They rarely require razing the house and building a new one.

What is apparent at the meeting Wednesday night is that there has been a disturbing lack of maintenance of the existing building. Anyone who owns any building knows you cannot allow a leaky roof to continue. The consequences for a building life span for a leaky roof are devastating which is why it should be repaired or replaced immediately. It is apparent though that the administration has allowed the leaky Guion Creek roof to persist for some time.

Afterwards, I suggested to one referendum supporter that the administration may have intentionally deferred maintenance on Guion Creek Elementary to be able to better argue for a new building. I expected that she would be outraged by the suggestion. I was surprised to find that she agreed the administration had done exactly that.

Some additional thoughts. Yes, the referendum is on top of the 1-2-3 tax cap. While few properties in Pike are at the cap limit, there is nothing to stop other taxing entities or even the school district from increasing their taxing so that properties hit the cap. The tax increase caused by the referendum then will go above that 1% residential cap. $237.50 on a $100,000 ($575.00 on a $200,000) assessed value home is no small tax bill. Then you start stacking that on top of the cap and the tax increase is even worse.

Regarding renovation v. building a new Guion Creek Elementary School, the fact is the School Board and administration did not do an independent evaluation of the options. Rather they let CSO Architects and an attorney from Barnes & Thornburg provide guidance on the subject. They both make a lot more money if Pike decides to build a new building versus simply renovating the old building. CSO Architects is infamous for living at the public trough, encouraging local school districts to have taxpayers pay for unnecessary school construction. Barnes & Thornburg also lives at the public trough and regularly fleeces local government units with outrageous legal bills. (Last year, the Town of Speedway was billed several hundreds of thousand dollars by B&T, so much so that each family pays an average of $90 of their property tax in one year to pay that law firm.)

Asking CSO Architects and Barnes & Thornburg for independent advice on whether you should build a new school rather than renovate is like asking a life insurance salesman to evaluate whether you need life insurance. The answer is always going to be "yes."

With all due respect to the current board members, the bottom line is we have a school board which is far to close to the administration and which did not do its duty to act as a check on that administration. The Board should be demanding independent evaluations of options and asking tough questions. Time and time again the Board has rubber stamped proposals offered by the administration even tearing down a school barely 20 years old like College Park Elementary. The Pike School Board has forgotten that they are supposed to represent ALL Pike taxpayers.
Posted by Paul K. Ogden at 12:59 AM

What you say is sad, but true, Paul. Its a pretty widespread ploy to defer perhaps not all maintenance, but much, in order to allow the cosmetics of a building deteriorate. Visitors make the assumption that if the wallpaper is peeling or the carpet getting worn, then the structure is kaput. Perhaps when the millions upon millions are initially spent on each school building, an expiration date can be included on the threashold along with the opening date.

We would not have the treasured old buildings we have today, if those in charge of those facilities didn't make the timely repairs - and that would be a huge loss. The current caretakers of our public facilities, including schools, should be more penny wise and less pound foolish.

I hope you don't mind, but I'm going to put in a link to another website you are affiliated with so folks can see what is posted there on the topic of Pike schools: http://www.lesstaxes4pike.com/

Keep up the good work. Folks need to get a glimpse of what is business as usual in our school districts.

You speak of others being a class act. You are definitely a clASS act. To refer to those that oppose you as the "Pike Township Residents Assassination" shows what kind of person you really are.

To suggest that the administration intentionally deferred maintenance was again showing your backside. The parent that responded did not agree with you, she didn’t have all the facts on that so couldn’t respond appropriately. That comment was totally unfair to those that have tried to maintain a school that is falling apart. It’s like putting duct tape on the Titanic, though you wouldn’t know as you have not seen it for yourself.

Why are you so afraid to tour the school? Bring along another firm and get estimates on a new building and renovation. You make is sound as though there are just cracks in the foundation. Without seeing this for yourself how can you even speak to this? These aren't just cracks in the foundation. When you can stand in a classroom and see the playground through the walls, this is more than just cracks. Many of the others running for the board have gone to the school to see for themselves but you can't take the time (or is it because that side of Pike Township is not important enough for you). It’s not even important enough for you to attend board meetings; you have to have your lackey tape them for you for later viewing. We do not need you or your views on the Pike Township school board.

All of us should ask, how much of the property tax I am required to pay, goes to Barnes % Thornburg, and WHY. Then, complain.

Well, Pike22, the "Assassination" was simply a spell check replacement error. Thanks for jumping to the conclusion that I did it deliberately.

Do you not dispute that the school's roof has been leaking for years? You don't think that should have been replaced? You don't think that's deferred maintenance. Any building contractor will tell you the worst thing you can do to a building is to let a roof persistently leak. It has to be fixed. And since it's 39 years old, it should have been replaced. Failure to do so has undoubtedly led to greater damage to the school.

Until they make the case with independent analyis, why should there be the assumption that it be rebuilt? Don't forget this is a school board that wants to take a wrecking ball not only to Guion Creek, but Eastbrook, College Park and New Augusta. The last two are around 20 years old. And they want taxpayers to pay for their ill-conceived building spree.

I plan to get over to Guion Creek and review it before the referendum. I've been in it many times before. I have no doubt the school has gone downhill and you have the school district to thank for that. The anger should be focused on the administration that has allowed the school to deteriorate, undoubtedly on purpose. Regardless, I most certainly will not support a tax increase on the tax caps to build a new school.

As far as Thursday nights, this semester I teach on that night at the University of Indianapolis. As far as my "lackey" videotaping meetings, I have no idea what you're talking about. I wonder though why the meetings aren't being videostreamed now though, like many government meetings. That is certainly something I would support.

By the way would I call the PTRA "Assassination?" Their memebers tend to lean against tax increases. Of course it was a mistake.

I have to say that you show yourself to be exactly what I was saying. You were thoroughly beaten at the meeting by the Pike parents and you immediately responded with the "Assassination" response. Then when I call you on it, you are not man enough to admit it. You blame it on the computer. What a pathetic excuse.

The roof has been patched many times. I too am not happy that the fixes did not solve the problem. We can all look back and see now that the correct courses of actions were not taken. Hindsight is 20/20. The question now isn't whether correct actions were taken in the past; the question is whether a new school is needed now. The roof is only a small part of the overall issues at the school. Again if you would have ever taken the time to tour the school, you would have seen this. There were other members running for the school board that were against a new school too until they toured the school. Get your head out of the past and focus on the present and the future. The board may not have made all the correct decisions but I do not believe anyone intentionally let the school go just to get a new one.

I lived through the renovation at Deer Run elementary. My child was at Deer Run at the time and that was one of the worst decisions by the school board. To me it looks like they learned their lesson at Deer Run and have a better solution for Guion Creek.

Let’s take this one step at a time. Maybe College Park won't need rebuilt but this is not about any other school in the district. This is about Guion Creek so we need to keep the focus on this school only at this time. We will deal with the others when the time comes.

Getting over to Guion now is kind of late. You needed to tour this much earlier, before you tried to speak about it. My guess is your mind is already made up and no matter what you see; you will not support a new building.

I want someone I can trust on the board and you are the furthest person from that.