The Indianapolis Times has a disturbing election blurb this morning:

"Acting Mayor Bob Grand of Barnes & Thornburg fame is one of the hosts for an upcoming fundraiser to benefit Mark Massa, the GOP candidate for prosecutor. Good to see Grand expanding his influence beyond the 25th floor." 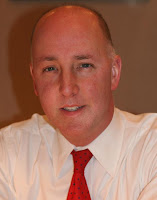 Say it aint's so, Mark. Have we as a Republican Party not learned anything from the events of the past few months? Bob Grand is about buying and selling political influence. He doesn't care one whit about political issues or conservative causes. He cares about controlling politicians, buying them off with campaign contributions, and scoring contracts and other perks for his clients from the grateful politicians who receive his money.

Further, Grand is partner at a firm that defends those accused of high-end, white collar crimes who were not prosecuted during Brizzi's term in office. One of B&T's attorneys, Larry Mackey, allegedly was behind the weekend deal with U.S. Attorney Tim Morrison that resulted in the sudden and inexplicable dropping of the federal forfeiture case against financier Tim Durham. B&T's Mackey is buddies with none other than Marion County Prosecutor Carl Brizzi.

Mark Massa has a chance to break the cycle of political corruption and influence peddling that is standard fare in Indianapolis. He had a good start yesterday with the call for Brizzi to resign and the adoption of ethics guidelines for the prosecutor's office. Then he has Bob Grand host a fundraiser for him? Huh?

Some of us Republicans will never forgive Grand for his role in selling out the Marion County Republican Party. In 2007, we elected an Indianapolis Mayor with enormous potential to turn around the fortunes of the Marion County GOP. Greg Ballard was elected not owing anyone anything. Ballard did have one Achilles heel though - he knew nothing about politics and didn't understand that people would try to take advantage of his inexperience for their own selfish interests. Bob Grand and Joe Loftus on Election Night cornered Ballard and encouraged him to reject his populist campaign and those who loyally supported him to run an administration that embraced corporate welfare and insider dealing. Grand and Loftus turned the naive, man-of-the-people Ballard into a typical country club, elitist Republican, one who has no chance of being re-elected in majority-Democrat Marion County.

Undoubtedly, Grand and Loftus knew they were leading Ballard in a path that doomed his re-election. But for Grand and Loftus the importance of having a Mayor Ballard in office was not a rejuvenation of the local Republican Party or to have a Mayor govern with conservative, Republican principles. Rather it was an opportunity for them to exploit a naive politician for financial gain. And they have proceeded to do exactly that.

If we Republicans are going to re-energize the local party, we need to be above the conflict of interest and influence peddling that is epitomized by Bob Grand. Massa should say "no thanks" to any money offered by Bob Grand.
Posted by Paul K. Ogden at 10:35 AM

What will you do when you find out that Mitch is part of the same cadre as the rest of the Republicans?

No amount of dirty Bob Grand money can buy my vote for Massa.

I hope that Mark publicly responds to the points that you have made in this report, Paul. If he gives you any answer, please let us know. Within the system that now exists, we end up with the best politicians that money can buy.

Marycatherine is right about getting the best politicians money can buy.

Remember in the old yellow pages days? The lousiest company in town could buy the biggest ad and get most of the business.

I was saying just last night that I wish we had an Angie's List for politicians.

The bucks starts and stops at the IN Supreme Court Disciplinary Commission. Donald Lundberg is now at B & T, which is representing Durham and is former home to Brizzi. Page, Brizzi, Durham, B & T, the Commission - what a gang!