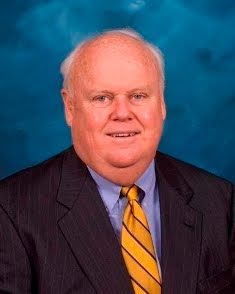 The Indianapolis Star this morning offers a lengthy piece of the Indiana Pacers and the threat the owners have made to leave the city if the CIB, i.e. the taxpayers don't agree to pick up the $15 million in operating costs on Conseco Fieldhouse. Here is a portion of that article:

"The Pacers signed their current 20-year lease with the city in 1999, but a clause in that contract allows the team to renegotiate its terms with the city's Capital Improvement Board after 10 years.

The Pacers, members of the CIB and Mayor Greg Ballard's administration have held behind-closed-doors negotiations on that lease, which have centered on the team's push to have the CIB pick up the $15 million operating tab.

Those negotiations now, however, have reached a critical stage.

On Tuesday, Pacers Sports & Entertainment President Jim Morris said if a deal isn't inked by June 30, Simon would have to start searching for other solutions, and nothing would be off the table.

'We've been having conversations with the Ballard administration for two years,' Morris said, 'and we're now at the point where we need to wrap this up in the next 30, 40 days.'

If that doesn't happen, he said, 'Herb would have to look at all of his options.'

Including moving the team?

"Herb would look at all of his options," Morris repeated. "

The Star simply takes it at face value what the contract says and what options the Pacers have under the contract. Previously, I spent hours reviewing the Pacers contract and wrote about it on my blog:

Friday, August 21, 2009: Dispensing With the Lies Told About the Simons' Right to Terminate the CIB-Pacers Conseco Fieldhouse Contract

It's a horribly written document - the key section is one rambling, single-spaced paragraph that stretches over three pages. It appears to have be written in such a way so that the average person could not interpret the document.

Contrary to the claim of the Star article, there is no right to renegotiate the contract after 10 years. Rather it is a right to terminate the contract. To further clarify, there are three conditions that must be met before the Early Termination Right kicks in: 1) notice of intent to relocate the team; 2) proof of financial loss; and 3) a sale of the team.

Even if the Pacers were selling the team and relocating, there would be enormous financial penalties for early termination. There are two ways of calculating the penalty in the contract. In my post, I estimated that the Year 11 penalty would be $165 million. It is only when you get to the latter part of the 20 year contract do the penalties drop enough to make early termination a realistic option.

Not surprisingly, the fact that the Pacers have no leverage to renegotiate at this point has not affected the administrations intent to give more tax money to the billionaire owners of the Pacers. In a Channel 13 rep'ort, Mary Milz offered this quote from former Mayor Ballard Chief of Staff Paul Okeson who was immediately appointed to the CIB when he took a job with city contractor Keystone Construction:

Asked if the city can afford to keep the Pacers, Okeson said, "I think the question is can we afford not to have the Pacers? We need to have them here, they're an important part of downtown."

Of course, Okeson has never been phased by "facts" when promoting corporate welfare, including the fact that his opinion on professional sports subsidies is not shared by economists who study the impact of professional sports on local economies. The Star notes that contrary opinion:

But some experts say the economic impact of NBA teams is minimal in cities such as Indianapolis.

That's because many of the people who attend Pacers games are local, and if they didn't go to a game, they'd likely be spending their money elsewhere in the local economy.

"If the city is afraid they're going to lose a chunk of their economic activity, that's unlikely to happen," said Andrew Zimbalist, an economics professor at Smith College who has authored a book on the economic impact of sports teams and stadiums.

Mayoral Candidate Greg Ballard never would have agreed to give the Pacers $15 million more in tax dollars, especially to run a building for which the team gets all the revenue. Mayor Ballard though is entirely different from his campaign alter ego. The Mayor has never seen a corporate welfare measure that he wouldn't support regardless of how much it will cost taxpayers.

Friday, April 9, 2010, Will Ballard Give Money From Water and Sewer Utilities Sale to Billionaire Simons for "Economic Development"?
Posted by Paul K. Ogden at 7:48 AM

One option Herb would probably not look at is writing a check himself.

Gee, Herb, are times THAT tough?

Another IndyStar article from today:

Simon, one of a handful of companies that is courting the Chicago-based company. offered to invest $2.5 billion in a General Growth reorganization at the same per share price as the proposal sponsored by Brookfield Asset Management, according to a regulatory filing."

The public deserves realistic economic impact numbers, not the puffery offered by the ICVA.

As I recall, the expert from some local university (at the request of Councillor Lutz) presented numbers that suggested the impact was less than 10% of what the ICVA claims.

The Pacers and the Simons have received some substantial monetary support from this City and its taxpayers over the years. I don't know why we are supposed to guarantee them a profit. What happens if revenues still fall short after we give them the ENTIRE store?

Well, we can close libraries and swap out spray parks for swimming pools and make this a City less desireable to live in, just so that the uber wealthy can make a pitance more profit. Where are this City's priorities? "Pay for your toys first, then worry about necessities" would seem to be the motto.

If the Pacers are not satisfied with Indiana, boo hoo.