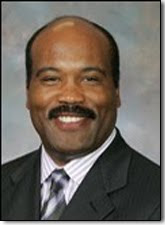 This snippet was buried in Friday's Indianapolis Star article on the subpoena of Indianapolis Airport Chief John Clark's records from his stint as head of the Jacksonville Airport:

Clark had an unrelated brush with Florida police Feb. 8, the morning after the Super Bowl in Miami, when he was charged with speeding and reckless driving. He said he was driving 135 mph in his Porsche 911 on a stretch of I-95 from Miami to Jacksonville, where the speed limit is 70 mph.

“It was 2 in the morning, and I was driving a little over the speed limit. I was scooting along pretty good. It was a stupid thing to do,” he said.

He was driving a "little" over the speed limit? He was doing 65 miles an hour over the speed limit, nearly twice the 70 mile an hour speed limit on the interstate. The incident, as well as his misuse of public money on lavish trips and hotel rooms while Jacksonville Airport Chief, suggests Clark is someone who believes he is above the law.
Posted by Paul K. Ogden at 10:49 AM

John Clark should fit in fine with the other head honchos now running Indy.

Even in my "wild" days as a teenage driver, I didn't go 135 miles per hour. Of course my cheap used cars probably would have ripped apart at 100 mph.

I've actually spent a lot of time in Florida. Have family that live down there. While there are fast drivers down there, 135 mph is in a league all of its own.