Why CEO Salaries Are Out of Control 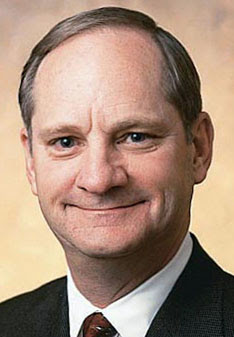 Blurb from the IBJ:

Glasscock served as chairman of the board at WellPoint, the Indianapolis-based health care insurance provider, from 2005 until this month. He was CEO of WellPoint from 2004 to 2007, and CEO of Anthem Inc. from 2001 to 2004.

This illustrates the point I have been making, namely that corporate boards are filled with CEOs and highly paid executives of other companies who have no incentive to hold the line on CEO pay and bonuses. Those high-level executive types want higher pay not because it's good for stockholders but because increasing their fellow CEO pay means they too could see an increase. It is a "you scratch my back and I'll scratch yours" mentality when it comes to the CEO pay.

This is a point where I differ from my Libertarian friends. I think we need regulations in place to prevent CEO-types from sitting on other corporate boards. Depending on the stockholders to police this practice through their vote is not a realistic safeguard to the abuses that happen when boards are filled with the CEO's corporate friends.
Posted by Paul K. Ogden at 7:47 AM

Didn't he receive about 160 million for the Wellpoint merger? Obviously he isn't interested in controlling CEO pay.

I'm pretty sure he doesn't go to bed hungry at night.

Paul, I'm a Libertarian who does agree with you on this one. I'm not an expert in the ins and outs of the laws of corporate governance, but there is not sufficient transparency or protection for the little guy. Much like your concerns about the relationship between the GOP Council and Mayor Ballard, corporate boards too often serve as a rubber stamp for the CEO as opposed to a a true voice of the shareholder. I don't have a magic bullet solution, and bold restrictions on pay are not the answer, but something should be done. It is one of many issues which has this economy on the brink.

Backscratching goes far to explain why, as Paul writes, "corporate boards are filled with CEO's and highly paid executives of other companies...". just listened to Michael Moore being interviewed by Larry King, about his documentary, CAPATALISM, A LOVE STORY, and I do agree with Ogden, namely, that at the bare minimum, we need regulations that prevent "these CEO types from sitting on other corporate boards".

I agree that many Libertarians like yourself won't agree with me on this one.

The Libertarian view is that you expose what's going on and the situation will correct itself. I just don't think that's realistic.

If we had a rule that someone who is a CEO can't serve on another board were he/she can vote to jack up another CEO's salary, that too me isn't a "bold restriction." Rather it's a reasonable regulation to protect shareholders. There are plenty of reasonable regulations in place to protect shareholders, some which work and some which don't. Why not have one that goes to the very heart of the problem?

Sorry - I was not terribly clear on my position. I am not entirely opposed to restrictions on who can sit on boards. And I don't think that transparency alone will fix this problem. It is very transparent at this point that CEOs have huge compensation packages, yet we still have misplaced incentive structures. We agree on that.

My point is that the power of shareholders and the transparency of corporate governance is broken. It does need to be fixed. I don't know the ins and outs of the current legal structure around this part of our system, so I can't come to the table with a magic solution. But, sunlight is not the only answer.

My comment that "bold restrictions on pay are not the answer" is merely stating that we should reform the system of corporate governance rather than apply a band-aid to executive pay.