Voter ID: Why Can't We Reach a Reasonable Compromise? 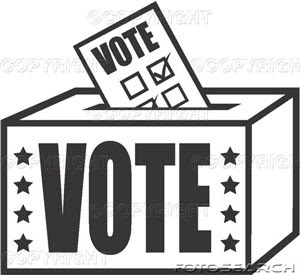 This is one issue on which I think both parties are being unreasonable and compromise should be reached.

Democrats: Don't tell me how it's a horrible burden to show photo identification when you vote You can hardly walk out the door of your house without being asked to show ID. It's not this huge burden you're making it out to be. Simply signing the Clerk's book, not even under oath, to vote is not enough assurance to prevent fraud. The sample signature in the poll book for me is from when I signed my social security card at 15. My signature today looks totally different. Thanks to removing the ability to purge voters for non-voting, poll books are filled with scores of people who are dead and have moved. It would be a piece of cake for someone to walk in and simply sign in to vote for one of those people. Of course, you will point out that there haven't been instances of that happening. Well, couldn't that be because that's because it is virtually impossible to detect? If you don't have poll workers who know the deceased/moved voters and are willing to turn that person, you have no way of catching that individual.

Republicans: Stop being so insistent on "government-issued" ID and no affidavit opportunity. The issue is whether poll workers are provided with satisfactory proof that the voter is the person listed in the poll book. There are plenty of other photo IDs that would provide the same assurance. The notion that people will create all sorts of fake photo IDs to go from polling place to poll place to vote is ridiculous. The list of IDs poll workers accepted should be expanded. And stop opposing the affidavit backup. If someone misplaced his ID and wants to vote, let that him sign an affidavit. If the voter is willing to sign under oath that he or she is who the voter claims to be, I have no problem with that person voting. Do we really believe people will go from polling place to polling place signing affidavits in order to vote several times?

Again, let's be reasonable. Republicans are right to be concerned that people are who they say they are when they vote. Democrats are right that the current rules are too restrictive. Let's find a reasonable compromise rather than continuing this partisan food fight.
Posted by Paul K. Ogden at 1:15 PM

Compromise isn't possible because the stated purposes aren't the real purposes. This isn't about maintaining voter integrity. If it was, you'd see absentee voting scrutinized more carefully than in-person voting. Because, to the extent voting fraud exists (and I suppose there is some but not much), it's more likely via absentee voting.

It's about tilting the voting pool a little bit one way or another.

Nah, Doug. I've seen poll lists stuffed with 20% of the names of people who have died or moved. There is absolutely a reason to be concerned about the integrity of the vote. Last year we had more people registered in Indianapolis than people over 18 living in the City. The Republicans concern about the integrity of the vote is absolutely legitimate.

It would help if we had reasonable purge rules.

Madison, Delaware, & Lake counties are prime examples of voter fraud. This law is a step in the right direction.

I agree with Doug, and the Indiana League of Women Voters. The Indiana Voter ID law, has got to go.

I don't know why we don't do the 'dip your finger in ink' thing.

True, that won't get rid of impostor votes, but at least we know if each person has already voted once.

"Don't tell me how it's a horrible burden to show photo identification when you vote You can hardly walk out the door of your house without being asked to show ID."

Sorry, Paul. In Logic that's known as the fallacies of Appeal to Common Practice and the Slippery Slope.

You can't use prior encroachments or failings to justify this encroachment or failing. Each actions must be independently argued and justified.

2 weeks ago I made a purchase and used a c/card. The cashier asked for my driver's license, which I gave her. She looked at it, then me, and then flipped the card over to check the signatures on both.
It is not a big deal to show an id twice a year during an election cycle.