On Thursday, Hamilton County resident and Marion County Republican leader David Brooks argued before the Marion County Election Board that Bart McAtee should be prohibited from being a candidate for Sheriff in the May primary because his job with the Sheriff's Department was funded by federal funds when McAtee's then exploratory campaign committee raised money in 2007. The Little Hatch Act prohibits government employees whose salaries are paid for with federal tax dollars from being a candidate for public office.
Brooks probably had little chance to win the argument going in. First, I'm sure the majority Democratic-Marion County Election Board School Board would like nothing more than to see Republicans fight for the Sheriff's nomination. Second, it's just a bad argument. McAtee's job was in the past, before he filed to run for Sheriff. An exploratory campaign is just that - an exploratory campaign. McAtee wasn't prohibited from being a candidate by the Little Hatch Act when he filed to run for Sheriff. That was the question before the Board. 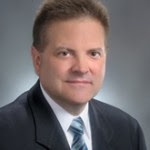 It shows though to what lengths Tom John and Brooks will go to try to control who is nominated. They do not want the voters determining the nominee and they don't want regular party workers determining who is endorsed at slating. They think this is their party and they can do whatever they want with it, including selling it down the river which is what they are of course doing.
Poor Dennis Fishburn. Being as naive about politics as Mayor Ballard remains to this day, Fishburn undoubtedly thought the Marion County GOP leadership would help 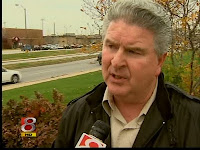 him over the top in the primary like they helped him win the slating. Think again. When it comes to the primary, John and Brooks are shooting blanks. They no longer have an active, dedicated GOP organization that is able to win a contested primary against an opponent who is fully funded. Also, the GOP organization certainly doesn't have any money. So Fishburn shouldn't expect any help on that front.
Expect McAtee to slice up the underfunded Fishburn in the primary. I can't say I will be that disappointed. Fishburn's unapologetic involvement in the Wishard campaign, a campaign aimed squarely at lying to voters about the project and how it will be funded, won't be forgotten by many conservatives. Then you have the fact that Wishard supporters deliberately concealed campaign expenditures from public disclosure by using a PR firm to pay its bills. I'd like to think that given his role in the campaign and the office that he is running for, that Fishburn would see fit to criticize the lack of public disclosure. But, hey, I won't hold my breath.
Posted by Paul K. Ogden at 11:27 AM

Thanks for this refreshing story. Its great to see someone being honest about where the corruption lies in the Marion County Republican Party. I wonder if we will ever get a stronger connection between Durham and Tom John.

You have to feel for Fishburn.The poor guy does not have a clue that they are useing him.