Republican Kent Smith, one of two Republican African-Americans on the Indianapolis City-County Council, resigned, apparently because a new Department of Defense rule regarding reservists being involved in political activity. The vacancy will be filed by a county-wide caucus of Republican precinct committeemen to be held within 30 days. Kent Smith had been a great disappointment. Riding in on the heels of the anti-tax movement, Smith quickly threw aside his campaign promises and embraced the Capital Improvement Board tax increases and other corporate welfare measures.

The Star has already begun speculating about his replacement, suggesting Dorothy Henry, who had served on the Capital Improvement Board or Aaron Williams, a city employee and son of Deputy Mayor Olgen Williams. Both are African-Americans. I do not know enough about Aaron Williams to render a comment either way, but Dorothy Henry's tenure on the CIB does not speak well for her being the forceful and independent presence on the Council that Republicans desperately need. While the CIB floundered last summer, Henry was merely a rubber stamp for whatever then CIB President Bob Grand wanted to do. Not once did Henry question the assumption that the CIB would pick up $15 million in operating costs for Conseco Fieldhouse, even thought the CIB had never taken a vote on the issue and the Pacers contract did not give the team any leverage to demand the money.

Chris Douglas, a financial advisor, was also identified by the Star as a possible candidate. 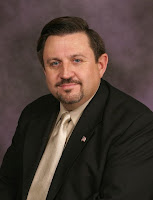 Maybe a bigger story in the long run involves Republican Councilor Lincoln Plowman who was apparently questioned by the FBI today and has been placed on administrative suspension until the completion of an internal investigation. Reportedly Fox 59's Russ McQuaid had a story on the issue but I missed the report and it is not on line yet.
Posted by Paul K. Ogden at 10:46 PM