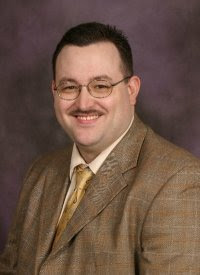 Yesterday at the Indianapolis City-County Council, At-Large Libertarian Councilor Edward Coleman introduced a measure that would protect the gun permit owners' right to possess their guns at municipal parks in Indianapolis.
Indiana law already allows guns at state parks, assuming, of course, the person has a permit to possess the gun. Congress has adopted a similar law for national parks.
Indianapolis though remains an exception. "Firearms" are prohibited in city parks. Frankly, I'm not sure a city could legally carve out an exception to gun rights protected not only by the Second Amendment but more importantly by the Indiana Constitution and Indiana statutes.
Councilor Coleman though should be applauded for his efforts. Republican Mayor Greg Ballard who has displayed lip service to supporting Second Amendment rights while at the same time arguing in court documents the City of Indianapolis does not have to comply with the Second Amendment, a position directly opposed to Republican Attorney General Greg Zoeller. Mayor Ballard has also supported one of the most restrictive gun return policies in the Midwest. If the police come into your house and wrongly take a gun you legally possess (let's say the search warrant has the wrong address), the position of Mayor Ballard and the police department is that they do not have to return that gun unless you submit to fingerprinting and the gun goes through ballistics testing.
Let's not forget that Mayor Ballard praised New York City's gun registration system and suggested it may be adopted here. Then he went out and appointed a public safety director who is also hostile to gun rights.
Still Mayor Ballard says he supports Second Amendment rights. More hollow words have never been spoken.
Coleman's proposal may turn out to be a smart political maneuver. Even if it doesn't pass, he has put the Mayor on the spot forcing him to back up his empty words of support for gun rights with genuine support of a measure that protects those rights. Coleman should go further and address IMPD's gun return policy which is a slap in the face of legal gun owners who have their guns wrongfully seized.
As someone who uses a city park regularly, this is a matter important to me. From about April to October, I write my bike from my northwest side home to downtown Indianapolis. In doing so I ride on the White River Trail for about a 4 1/2 mile stretch. It's a beautiful ride ride through nature. However, the trail is closely shielded at points by trees, bushes and other growth. It would be extraordinarily easy for thugs to hide in the bushes and then jump out as I approach on my bicycle.
Whether I would carry a gun or not, I'm not certain. Nor am I certain I would be in a position to use it. But the problem with the current law is that those thugs in the bushes know, by virtue of the city's law against guns in park, that anyone traversing that linear park will be doing so unarmed. While I haven't heard of someone being assaulted on the White River Trail, it has happened several times on the more used Monon Trial.
Councilor Coleman doesn't just talk the talk on gun rights, he walks the walk. I wish I could say the same for Republican Mayor Ballard. My guess is that once again, Mayor Ballard will show his hostility to gun rights and will oppose Coleman's proposal.
Posted by Paul K. Ogden at 8:58 AM

First thing I thought is that this will force the RINOs on council to show their true colors (again).

If a person has a license to carry, I don't care where they carry.

It's the people without a license that carry illegally who I worry about. And an ordinance barring a gun from our city parks, will do nothing to keep out illegal guns or criminals.

I think the knowledge that law abiding people with guns are everywhere would go a long way toward reducing gun crimes.

Why should you need a license to exercise a right?

Some word got back to a few of us earlier that we'll get less support for this and that the mayor is unhappy because they were "blind sided" by it?

Huh? As if that was the intent.

Do they not understand that libertarian folks are sitting around going, "Okay. What can we do to help restore freedom, sound economics, protect taxpayers, reduce corporatism, make it easier to do business, make things more fair, etc..."

While they're sitting around trying to ascribe political motive to these proposals? While they are plotting the next "Oh, that will get 'em [Dems or Repubs] before the next election!! haw haw."

It's not our fault that honest proposals keep making some of the other more partisan folks trip all over themselves.

Maybe THEY should have been proposing these things? I mean, heaven forbid, one of the other parties start scouring the city code to find opportunities to restore sanity, sound judgement and individual rights to citizens.

I'm thankful that we have Libertarian leadership that take the time to scour city code looking for ways to restore liberty and our rights.

I don't see Republicans or Democrats doing that. I see them mostly taking freedom away.

Someone tell me a time when the Mayor has ever stood up for gun rights? I don't know when the NRA is going to realize this Mayor is as bad as they get when it comes to Second Amendment rights.

I don't live in Marion County, and I'm already planning on contributing to Ed's re-election campaign.

The Mayor, I'm hoping there's a strong Libertarian running against Mayor Ballard I can support. There are, according to the Indy Star database, (a different issue for a different time) 42,183 people in Marion County who are Licensed to carry a handgun. Which is about 6.5% of the total population of Marion County.

What percent did the Mayor win his election by?