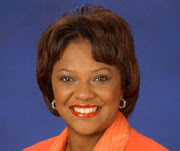 As an observer of the media, I continue to be amazed how television reporters are taking the lead on investigative journalism. Before it was newspaper reporters who did detailed, investigative pieces and TV reporters who skimmed the surface on their stories. Now, the game has changed. With the newspaper shrinking, reporters have less space to do detailed pieces. Meanwhile the time television stations devote to local news continues to expand. That leaves more time for TV reporters to do longer, more detailed investigative pieces. The game is changing.
The work people like Fox 59's Russ McQuaid and WTHR's Sandra 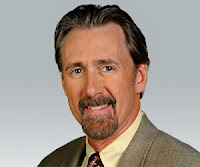 Chapman are doing on their investigative pieces is outstanding. They are not alone though. The local scene has other television reporters who are doing top-notch, quality work.
Our local newspaper, the Indianapolis Star, still has some quality reporters despite staff and salary cutbacks. You get the impression though that newspaper reporters often have their hands tied. Facing short deadlines and the constant pressure for stories, they are often placed in the position of being the TV journalists of yesterday, skimming stories without the time or space to do the detail many wish to do. As I've said previously on these pages, the newspaper industry has to find a way to adjust to the realities of the 21st Century. Thus far newspapers are losing the battle to television news.
Posted by Paul K. Ogden at 11:15 PM

Russ has always been a go-getter. It's been great to see Fox59 finally serious-up their news department.

Last week they were up live at the Highland Park shooting scene at 10pm, beating all the rest. Their competitor in that slot, WISH, only had a 'reporter on the way.'

Russ McQuaid ROCKS! I hope he doesn't stop until they are all behind bars.

FOX 59 will get the ratings and leave Jim Shella and WISH-TV in the dust!

How can you possibly expect The Star to do investigative reporting when 16 of their reporters are in Miami to cover the Super Bowl!

I do think that Paul is making too many excuses for the STAR's investigative failures.

I think you're underestimating how much reporters are not free to do lengthier investigative pieces any more. That's the dictate from their bosses - churn out several stories a day and be brief.

While I'm sure many of those reporters may not be up to snuff in terms of doing lengthy investigative reporting, the fact is we don't know. They're rarely given the opportunity by their bosses to do those types of pieces.