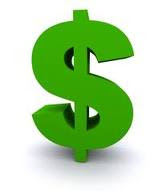 In late 2009, Governor Mitch Daniels' administration signed a $1 million contract with Seattle, Washington based law firm Perkins Coie, LLP to provide "legal advice and consultation with respect to compliance with the National Environmental Policy ACT (NEPA)" and other laws rules and regulations regarding the I-69 project. The legal services contract which is with the Indiana Department of Transportation is to last through the end of 2010 and is worth up to $1 million.

Under the contract, William Malley, a partner of Perkins Coie, will be paid $525 an hour while "of counsel" Albert Ferlo will receive $450 an hour. All other attorneys at the firm are to receive from $240 an hour to $400 depending on experience.

What is interesting about the no-bid contract with the Republican Daniels' administration is that the law firm Perkins Coie, (including Malley and Ferlo) is a faithful contributor to Democratic candidates. In return for its support of President Barack Obama, the law firm has received $2.6 million in payments from Obama's campaign committee from between January 1, 2007 and October 2009, including $1.7 million since the election.

It is not clear why the Daniels' administration would award such a lucrative contract to a law firm that consistently supports Democratic candidates. It is likewise difficult to understand why the administration had to hire an out-of-state law firm for work that Indiana lawyers could have probably done just as well.

Yes, Governor Daniels, why are you hiring an expensive out-of-state law firm, instead of one of our own?