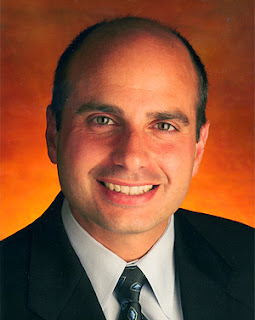 An exclusive Fox 59 News investigation has revealed that FBI agents are asking whether Marion County Prosecutor Carl Brizzi has ever used his office's influence to benefit political and personal associates in criminal investigations and public issues.

The FBI inquiries come in the wake of a high profile raid by federal agents in November at the offices of financier Tim Durham on Monument Circle. Durham is a close friend and campaign supporter of Brizzi, donating nearly $200,000 to the prosecutor's re-election campaign in 2006.

An attorney for Brizzi, Tom Collignon, told Fox 59 News that it would be, "a leap of faith," to construe an FBI inquiry as an investigation.

Word of the FBI inquiry comes as Fox 59 News has uncovered a pattern of campaign donations to both Brizzi and his Chief Trial Deputy David Wyser at the time when the prosecutor's office was signing off on a motion to reduce the prison time of a woman originally sentenced to 110 years for the murder of her husband.

"I was outraged," said former judge Gary Miller who presided over the trial. "I thought it was absolutely ridiculous for anybody to think that was an appropriate way to modify a sentence in this case."

Wyser said he agreed to the modification due to rehabilitation and family concerns.

"It was the right thing to do. It was based upon the merits. I would do it again."

Paula Epperly Willoughby's father is Harrison Epperly, a millionaire real estate magnet with property in downtown Indianapolis. From 2006 through 2008, Epperly donated $29,000 to the Brizzi campaign. $20,000 was donated the weekend before Brizzi's budget busting re-election in 2006. Those were the years his daughter's attorney was negotiating with Brizzi's office for a sentence modification.

"In April of 2009 Miss Lukemeyer and I drafted an order for the court modifying her sentence," said Wyser.

On May 29, 2009, less than a month before Epperly Willoughby's motion for reducing her sentence would be filed with the court, Harrison Epperly donated $2500 to Wyser's campaign for Hamilton County prosecutor.

"I understand the timing may not look good to some people," said Wyser. "It depends on how you want to put a spin on it."

Epperly Willoughby was released from the Indiana Women's Prison in early July. On August 25th her attorney Jennifer Lukemeyer sponsored a fundraiser for Wyser at her downtown Indianapolis condominium. Wyser raised $2250 that night. In a statement to Fox 59 News Lukemeyer said the Wyser fundraiser, "is not a story as far as it relates to Paula."

Wyser and Brizzi told Fox 59 News that in the last week they have returned the donations to Epperly and his company EMPS LLC. The decision to return the money coincided when word of the Fox 59 investigation leaked through the city's legal community.

At this time there is no investigation by any legal authorities into the circumstances surrounding Paula Epperly Willoughby's early release from prison.
Posted by Paul K. Ogden at 12:42 PM

Paul, I think you do the public a disservice by not posting David Wyser's perp picture up there as well. He's obviously the so-called brains (or lack thereof) behind the prosecutor involvement in this. Hamilton County deserves to see who's lined up to start cutting deals with defense attorneys who give good campaign contributions as well. He did say he'd "do it again."

From all the news reportage, the murder of Darrell was so cold-blooded that I was shocked when the judge released Paula. I surely hope that the FBI fully and thoroughly investigates all claims of prosecutable misconduct against Brizzi and his underlings in the Marion County Prosecutor's Office. These accusations are so disturbing.

Many a person will be impacted for many years to come very soon with Mr. Brizzi's I will look the other way attitude while his friends and their friends peddled their influence and rewarded themselves at the citizens of Indiana's expense.

The very fabric of politics both R and D will be torn apart for years to come. Carl is just the long line of public officials that learned from his handlers who went before him. All dogs mark a tree and so have the mutts in Indiana that have stolen for years.