"Ogden on Politics" Public Official Of the Month For November 2009 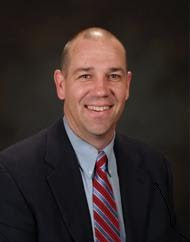 Okay, I have to admit I had someone else in mind for this position until this morning. My plan was to name Acting U.S. Attorney Timothy Morrison as public official of the month for taking the lead in going after white collar crime and political corruption in Indiana. Some examples include the Penn mortgage fraud and the Perry Township prosecutions as well as the raid and forfeiture action Mr. Morrison had filed against Indianapolis businessman and political contributor Timothy Durham. It appeared that we finally had someone willing to stand up to the insider political machine that runs Indianapolis and pursue much needed litigation to clean up the cesspool of political corruption in this city.

Then inexplicably U.S. Attorney Morrison dismissed the Durham forfeiture he had filed just days earlier saying he had been provided "assurances" that Durham would not dissipate his assets. I'm not even sure what that means, but I can't imagine the U.S. Attorney's Office would extend such graciousness to others forfeiture defendants. The extraordinary action by Morrison leaves only one logical conclusion - that people with substantial political clout worked over the weekend to pull the strings necessary to get the U.S. Attorney's Office to dismiss the Durham forfeiture lawsuit. Undoubtedly the lawsuit if allowed to proceed would expose the involvement of some very big names in the local political scene.

But I digress. This posting is about our newest state senator, Scott Schneider, whose district extends from northern Marion County into Hamilton County. I have known Scott for years and have always found him to be a man of integrity, a solid conservative who is a straight-shooter. Probably the best endorsement of Scott came from a liberal radio host, the last person you would think who would support Scott. He told me that he always admired the Schneider family and that Scott and his father were people in politics whose word you could count on. Scott, like Sen. Mike Delph, will bring a reform, good government view to the Statehouse.

Here's a brief biography of Scott Schneider from the State Senate Republican website:

A strong voice for taxpayers and an advocate of property tax caps, government efficiency and personal responsibility, State Sen. Scott Schneider was elected to represent Senate District 30 in July 2009. Schneider, Vice President of Sales & Marketing for Mister Ice of Indianapolis Inc., served two terms on the Indianapolis City-County Council from 1999 to 2007, where he advocated smaller government and lower taxes. Active in the local Republican party, he serves as Ward Chairman for Washington Township in Marion County. Schneider was a member of the Citizens’ Police Complaint Board under former Indianapolis Mayor Stephen Goldsmith and the Marion County Sheriff’s Merit Board from 1997 to 1999.

Volunteering in the community is also a priority for Schneider, who worked as a youth soccer coach for First Baptist Church in Indianapolis and as a volunteer assistant basketball coach for Arlington High School. In addition, Schneider has worked on local “Sack Hunger” and “Golf for the Cure” events.

He is a graduate of Heritage Christian School and Indiana Wesleyan University, where he majored in business and political science with a minor in economics.

Schneider and his wife Kristine have five children: Lauren, Hannah, Zachary, Luke and Emma. They are members of College Park Church.

Best of luck to Scott as he enters his first legislative session.
Posted by Paul K. Ogden at 4:19 PM